STRANGE SHIPS THAT SAIL IN THEThis is the age of the airship. The evolution of the balloon to the flying machine is nearly complete, and it is not improbable that within a few years great aerial vessels for passenger service and monster engines of war and1

better the machine ought to travel once it rose above the tree tops.

useful in time of war. The aerodromists say they could fly over an enemy's country and drop dynamite and other explosives over his camp, but the machines would not be much more valuable for that purpose than balloons. The United States army has balloons prepared for such an emergency, but General Miles, the eminent commander, does not think that they would be muc-h of a factor in case of war. The problem of how to travel through the air is one that has been tackled for a very long time past, but especially so by Americans during the past quarter of a century. The patent office in Washington teems with the devices of * il *? _/- /^33~ fl&f^ anxious inventors who thought they had solved the great problem. TROUYES MECHANICAL BIRD. M. Gustave Trouve, the celebrated electrician and inventor, who had taken report comes of one having been seen out up to the end of IS9O some 81 patn Nebraska, or a farmer in some lowa ents and who is frequently referred to counts reports seeing a bright light as "the French Edison," has constructand moving object in the air on a dark ed several working models of flying night. Then the scene shifts, and a machines. His latest mechanical bird, man or a score of men report seeing far as Is known, is shown in the enwhat is it from some other so 1 wonderful graving. He believes it to be the first remote quarter of the United States. On the evening of Tuesday, Nov. 17, itlast year many citizens of Sacrameni were surprised by the sudden appearance directly over the city of a startling aerial craft. The peculiar night visitant made its appearance fcbout 7 o'clock. People standing on the sidewalks saw coming through the sky ver the house tops a huge and brilliant light propelled swiftly by some mysterious force. So brilliant was the light that as it flashed past suburban resiliences the inmates ran to their doors xpecting to tind a neighboring house n flames. Instead they saw a wonderful craft of the sky. It BWiftly drew near the city, sail.ng evenly to the southwest. Then it dropped nearer the earth, but suddenly shot up into the air again, is if the force that whirled it through Bpace were sensible to the danger of :ollision with objects on the earth. So much hundreds of prominent saw, and it residents of Sacramento in all parts 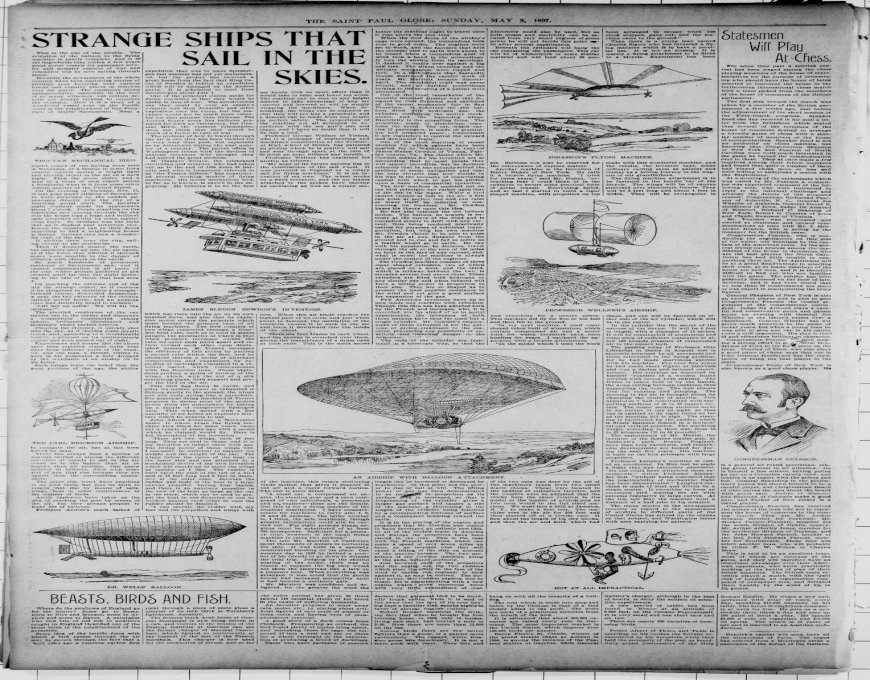 Lectures on the Influence of the Apostle Paul on the Development of Christianity, Pfleiderer, Otto. (1897)