DownloadReport this document
Share this document with a friend
Description:
ALEISTER CROWLEY 1875-1975 Ad Meiomrum Cthulhi Gloriam Dedication On the One Hundredth anniversary of the Nativity of the Poet And, finally, to the Demon PERDURABO, without whose help the presentation of this Book would have been impossible.
Transcript:
Popular Tags: 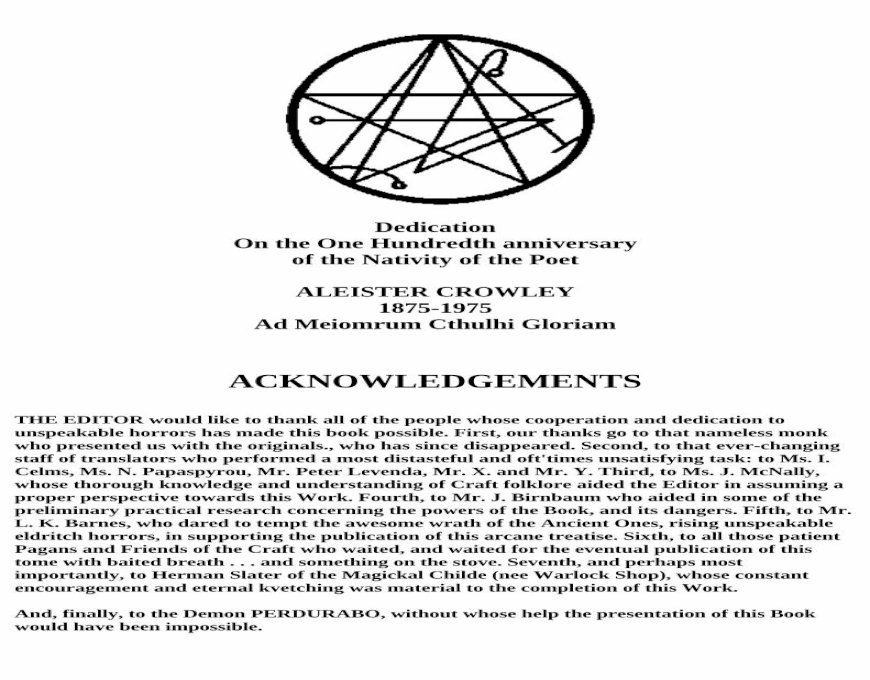 Gates of the necronomicon