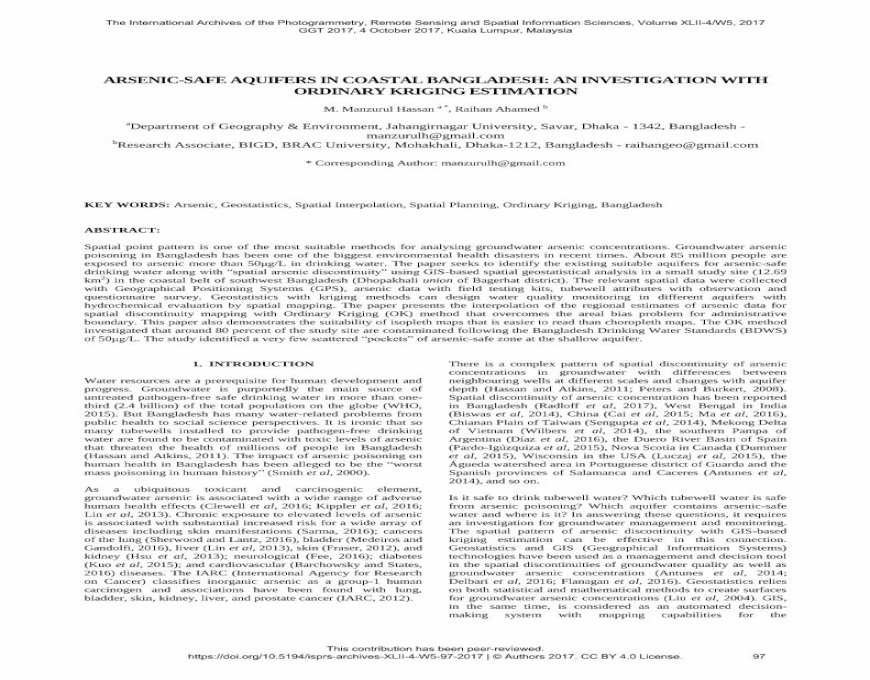 ACKNOWLEDGMENTS the Bangladesh drinking water standard for arsenic of 0.05 milligrams per litre, and

ARSENIC CONTAMINATED AQUIFERS: A STUDY OF THE A Ghosh.pdf contaminated aquifers in Bihar, tapped for