Timestamps are not required anymore for synchronization. Users are free to choose their passwords. The security of the scheme is strengthened using a strong cryptographic algorithm where the biometric template is used as an encryption key. 4Remote Password Authentication Scheme with Smart Cards and Biometrics 2013

Less efficiency and not flexible in authentication schemeHigh computational load when key size increasesInefficient texture features due to shift varianceLess accuracy for various lighting condition of images due to the delivery of insufficient descriptors.

FRAMEWORK OF A MULTISERVER AUTHENTICATION SYSTEM.

D. Yang and B. Yang, A biometric password-basedmulti-server authentication scheme with smart card, in Proceedings of the International Conference on Computer Design and Applications (ICCDA 10), vol. 5, pp. 554559, Qinhuangdao, China, June 2010. 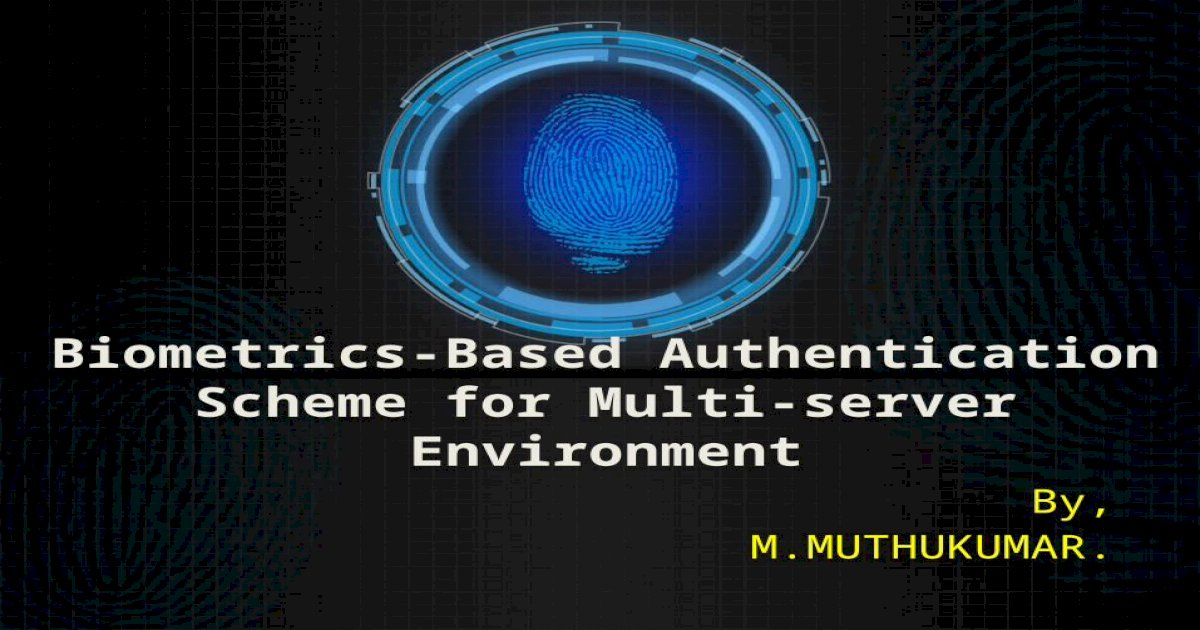