Home >Documents >Borderless Industrial Denizenship: A Transformative Space for the Creation of Alternative Futures in...

Borderless Industrial Denizenship: A Transformative Space for the Creation of Alternative Futures in...

DownloadReport this document
Share this document with a friend
Description:
Historically, the concept of labour started as an objective basis of value and evolved into a notionof subjective economic utility. This article proposes an open-border labour process to be initiated inconnection with the broader trade liberalisation trend. This would thoroughly restructure the currentconcept of labour as a mere immobile input into the production of goods and services. In the proposedmodel of borderless industrial denizenship, labour movement would eventually be freed from thenation-state border constraints that undermine the enforcement of labour and other related humanrights standards. A causal layered analysis maps the theoretical framework shift from a hard-borderedmodel of labour migration to a soft-bordered one.
Transcript:
Popular Tags: 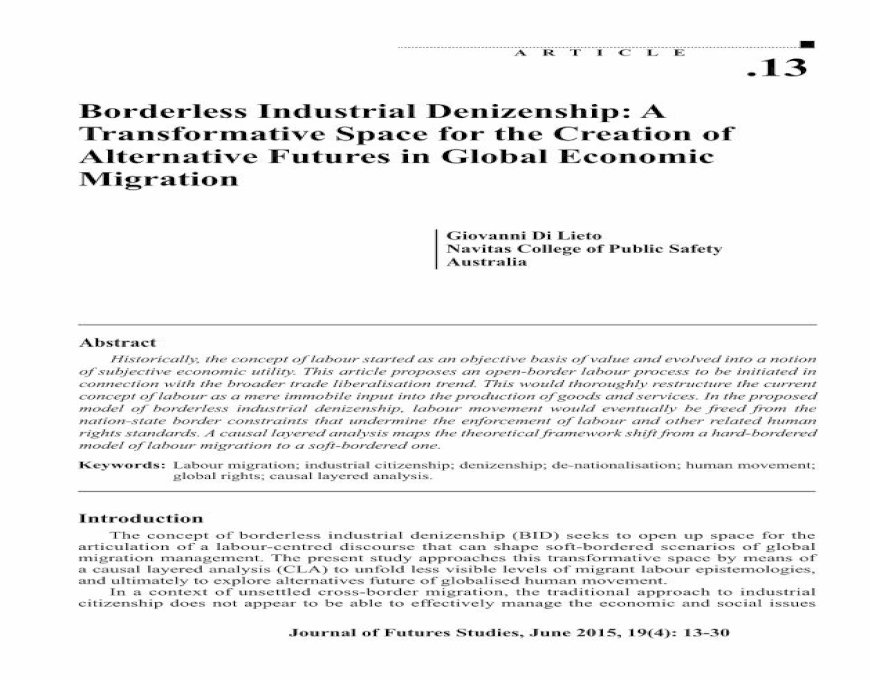