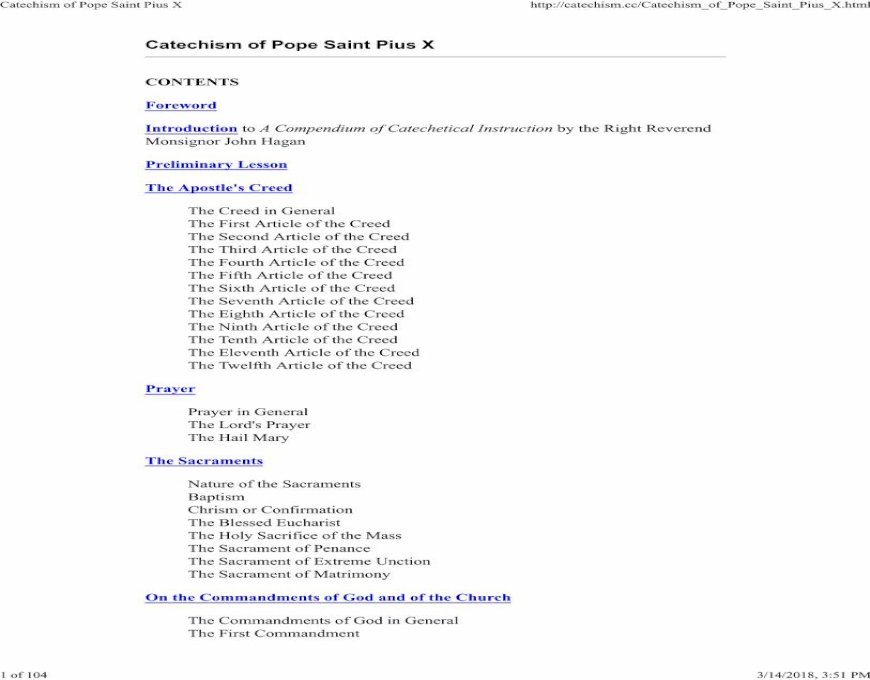 St. Pius X Catholic Church: Welcome to our parish! to Pope Pius X.pdf all together in a great thrill