For some of us, it might seem ridiculous to say that truth does not exist, because we have simply assumed the reality and existence of truth since we were very small. But others out there have struggled with the idea that there can be singular, exclusive truth in all areas of life, and if you ask your friends to talk about issues of faith, you will quickly discover that few of them are able to agree on a singular, absolute truth. In fact, many of us have come to the conclusion that there is no one truth about anything. And when we say that nothing is absolutely right or true, we are actually saying that EVERYTHING is right and true! If no one particular idea or reality is true to the exclusion of others that are NOT true, then we have to admit that every idea, notion or reality is equally valid and true. Something in our intuition tells us that this simply cannot be the case. 1Unity in ChristUnity of Knowledge

Unity of The BodyCol 3:10-14 NLT Put on your new nature, and be renewed as you learn to know your Creator and become like Him. 11 In this new life, it doesn't matter if you are a Jew or a Gentile, circumcised or uncircumcised, barbaric, uncivilized, slave, or free. Christ is all that matters, and He lives in all of us. 12 Since God chose you to be the holy people He loves, you must clothe yourselves with tenderhearted mercy, kindness, humility, gentleness, and patience. 13 Make allowance for each other's faults, and forgive anyone who offends you. Remember, the Lord forgave you, so you must forgive others. 14 Above all, clothe yourselves with love, which binds us all together in perfect harmony.

Unity of ThoughtSciencesHow?MoralityWhat?HistoryWhen?CosmologyWhere?PhilosophyWhy?I AmUnity of ManNaturalismOnly natural laws and forces govern the world (no supernatural laws or forces exist)Atheism, Secular Humanism, Communism, DarwinismGod and Spirit WorldMaterial WorldNaturalism is the philosophical belief that only natural laws and forces (as opposed to supernatural ones) operate in the world and that nothing exists beyond the natural world.[1] Natural laws are the rules that govern the structure and behavior of the natural world. The goal of science is to discover and publish these laws. The strict naturalist believes that there are no supernatural agents or events, that there are only natural objects and events. However, for many individuals, a belief in natural laws coexists with a belief in supernatural laws. In Christian theology, natural laws describe the effects of so-called secondary causes (see History, below). But Christians also believe there is a primary (supernatural) cause: God.5Disunity of ManMarxism and Communism1) Materialism- Matter the supreme cause of everything.2) Historic Materialism Economics is the reason for society.3) Absolute Humanism Man is the Supreme Being

In The Jewish Question we read: "For us religion does not constitute the foundation, but only the phenomenon of worldly limitation. For this reason, we explain the religious subjection of free citizens with their earthly subjection. We affirm that they will suppress their religious limitation as soon as they have suppressed their earthly limits. We do not transform earthly questions into theological questions. We transform theological questions into earthly ones" (K. Marx, La questione ebraica, Rome 1966, pp. 81-82).

6AtheismAtheism is a belief in the sense that is the lack of belief.Atheism offers nothing to inform ethics, to provide meaning, to offer a positive message of hope.Atheist morality is a gut reaction to not want to cause harm to another person and a healthy fear of retaliation by other people. (from www.atheismresource.com)The distinctive of the human animal is the "will to power", the basic drive to be the best, the most powerful. In encounter with each other and our fundamental aggression, we flee conflict and sublimate our basic drive for power. The "authentic" human will be the "Ubermensch", the Superman who will submit to no rules, refuse the will of the community or the common good, the individualist, the conqueror with the courage to define his own morality and values in his own interest. (Is it possible that a thinking person would fail to classify this nut as a sociopath?) This is philosophical crime at its most heinous. It was largely from his (some say "mis-") reading of this book that Adolf Hitler developed his view of "Biological Heroism", whereby he attempted genocide of the Jewish people and establishment of the "Aryan" race.

A second problem is that if God does not exist and there is no immortality, then all the evil acts of men go unpunished and all the sacrifices of good men go unrewarded. But who can live with such a view? Richard Wurmbrand, who has been tortured for his faith in communist prisons, says, The cruelty of atheism is hard to believe when man has no faith in the reward of good or the punishment of evil. There is no reason to be human. There is no restraint from the depths of evil which is in man. The communist torturers often said, There is no God, no Hereafter, no punishment for evil. We can do what we wish. I have heard one torturer even say, I thank God, in whom I dont believe, that I have lived to this hour when I can express all the evil in my heart. He expressed it in unbelievable brutality and torture inflicted on prisoners. (From http://www.bethinking.org/resources/the-practical-impossibility-of-atheism-in-the-meaning-value-and-purpose-of-life.htm)7AtheismA disbelief in God does not result in a belief in nothing; disbelief in God usually results in a belief in anything.unknownTo sustain the belief that there is no God, atheism has to demonstrate infinite knowledge, which is tantamount to saying, "I have infinite knowledge that there is no being in existence with infinite knowledge" --Ravi ZachariasMy argument against God was that the universe seemed so cruel and unjust. But how had I got this idea of just and unjust? A man does not call a line crooked unless he has some idea of a straight line. What was I comparing this universe with when I called it unjust? If the whole show was bad and senseless from A to Z, so to speak, why did I, who was supposed to be part of the show, find myself in such violent reaction against it? A man feels wet when he falls into water, because man is not a water animal: a fish would not feel wet. Of course, I could have given up my idea of justice by saying that it was nothing but a private idea of my own. But if I did that, then my argument against God collapsed too--for the argument depended on saying that the world was really unjust, not simply that it did not happen to please my private fancies. Thus in the very act of trying to prove that God did not exist--in other words, that the whole of reality was senseless--I found I was forced to assume that one part of reality--namely my idea of justice--was full of sense. Consequently atheism turns out to be too simple. If the whole universe has no meaning, we should never have found out that it has no meaning: just as, if there were no light in the universe and therefore no creatures with eyes, we should never know it was dark. Dark would be without meaning.--C.S. Lewis(from http://www.tentmaker.org/Quotes/atheismquotes.htm)8God and Man UnitedCol 3:15-17 And let the peace that comes from Christ rule in your hearts. For as members of one body you are called to live in peace. And always be thankful. 16 Let the message about Christ, in all its richness, fill your lives. Teach and counsel each other with all the wisdom He gives. Sing psalms and hymns and spiritual songs to God with thankful hearts. 17 And whatever you do or say, do it as a representative of the Lord Jesus, giving thanks through Him to God the Father.

GodKingdom of DarknessKingdomOf LightNaturalism is the philosophical belief that only natural laws and forces (as opposed to supernatural ones) operate in the world and that nothing exists beyond the natural world.[1] Natural laws are the rules that govern the structure and behavior of the natural world. The goal of science is to discover and publish these laws. The strict naturalist believes that there are no supernatural agents or events, that there are only natural objects and events. However, for many individuals, a belief in natural laws coexists with a belief in supernatural laws. In Christian theology, natural laws describe the effects of so-called secondary causes (see History, below). But Christians also believe there is a primary (supernatural) cause: God.9Eph 2:6-7 For He raised us from the dead along with Christ and seated us with Him in the heavenly realms because we are united with Christ Jesus. 7 So God can point to us in all future ages as examples of the incredible wealth of His grace and kindness toward us, as shown in all He has done for us who are united with Christ Jesus. 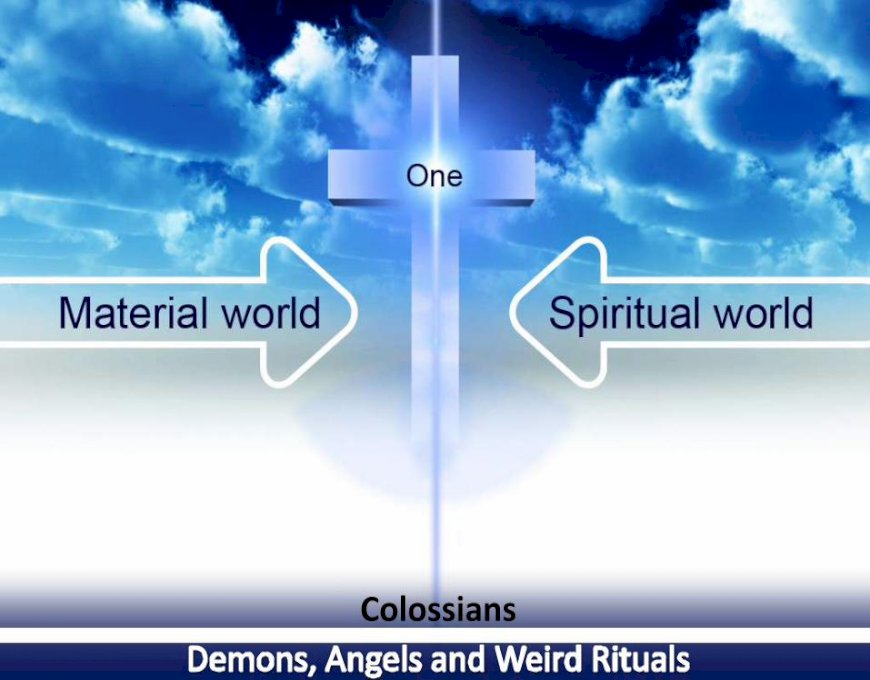