DownloadReport this document
Share this document with a friend
Description:
Few major corporations are single business entities; rather, they are organizations that target manyproduct-market combinations. Although academia has shown great interest in diversification and mergersand acquisitions, the management of multi-business portfolios, also known as corporate portfolio management (CPM), has received considerably less attention since the 1980s. This raises the question of why.Reviewing the scholarly literature on CPM we investigate the reasons for th
Transcript:
Popular Tags: 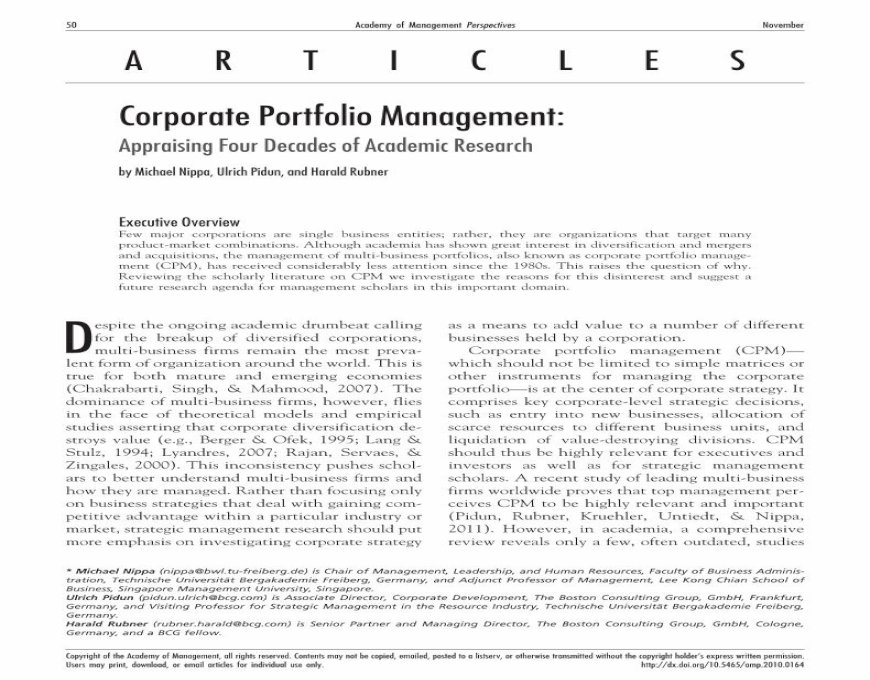