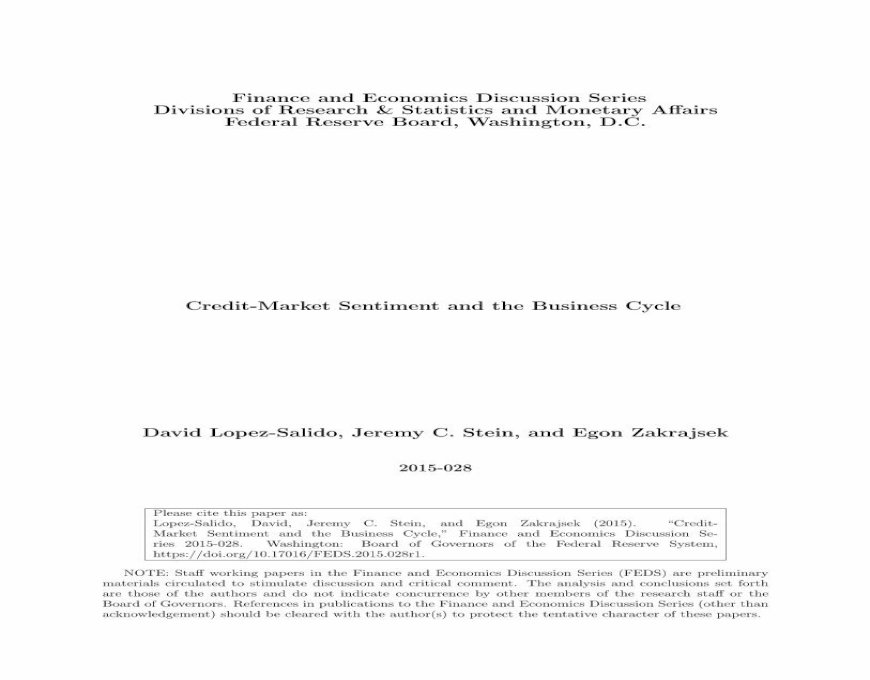 A Model of Credit Market Sentiment accounts of the credit cycle (Klarman 1991, Eichengreen and Mitchener

Where Are We in the Stock Market Cycle? ... increase market exposure. One measure of investment sentiment