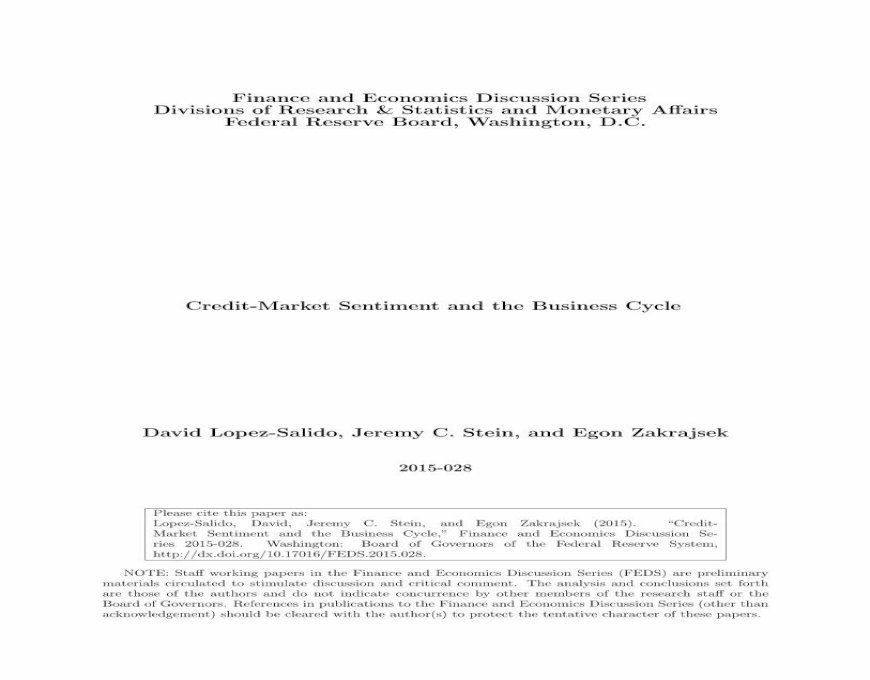 SENTIMENT AND THE U.S. BUSINESS CYCLE There is a large literature, surveyed in Benhabib and Farmer (1999),