Solenoid valve operationControl cylinder deactivationCommon port of the solenoid control valve connected to the locking pins inside the valve lifterCommon portEngine oil pressure: deactivationEngine sump: activationLocking Pin MechanismLost motion: engine oil pressure is applied spring based locking pins inside the lifterDeactivation is done on the camshaft of the base circle.Transition from v8 to v4 mode in one cycle.

Future TrendsResearch is under progress for a new technology named as Active Valve Train Technology, which uses valve controls with high speed hydraulic actuators there by eliminating the use of Cam shaft. Also a new technology called controlled auto ignition (CAI) which replaces the conventional spark plugs and fires at carefully timed moment to set the compressed charge of fuel alight. Conclusion The yell for a pollution free environment can be seen even now with developed countries the number of norms like EUROIII is there in the present world itself and the number of vehicles is increasing even under developed countries are planning to impose such norms Future world demands automobile which burn less fuel .Cylinder deactivation seems to be a good answer to this problem. Bibliography Automotive Industries Ltdwww.wikipedia.comResearch paper published by Quant Zheng , Delphi MotorsSociety of Automobile Engineers (SAE) Technical papers 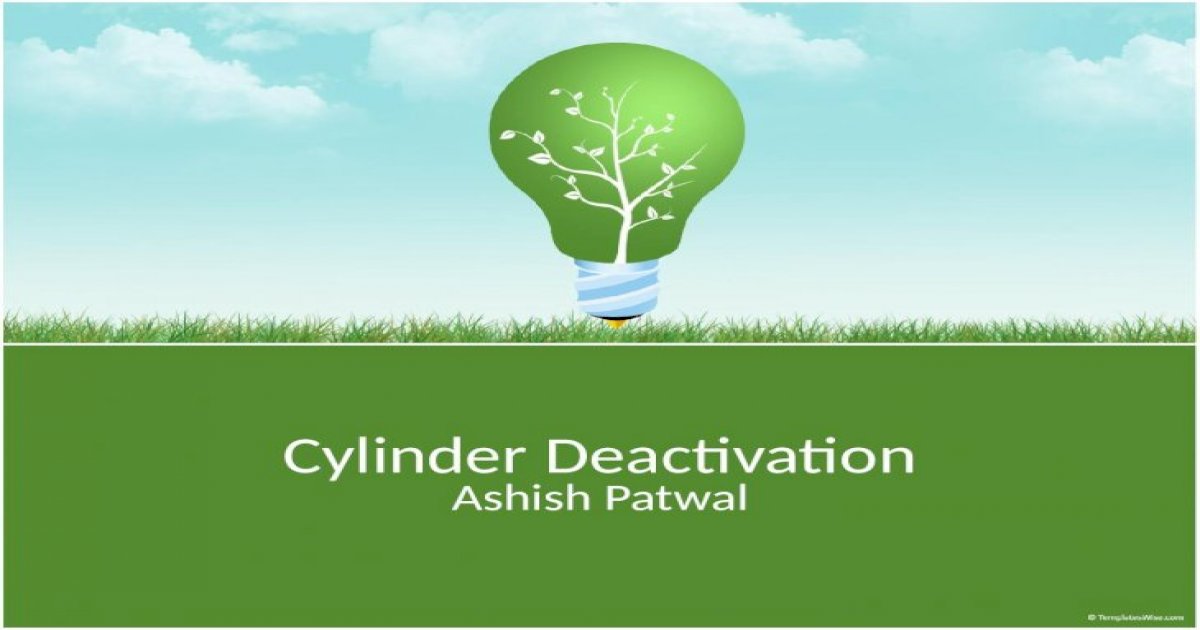 May 1, 2013 - US Department of Energy Deactivation... cylinder inventory, including cylinder inspections, maintenance of the existing UF 6 cylinder yards, and disposition of empty

University of Bath · PDF file open into the cylinder. The paper will present analytical and experimental data which ... opening and closing event optimization, cylinder deactivation,