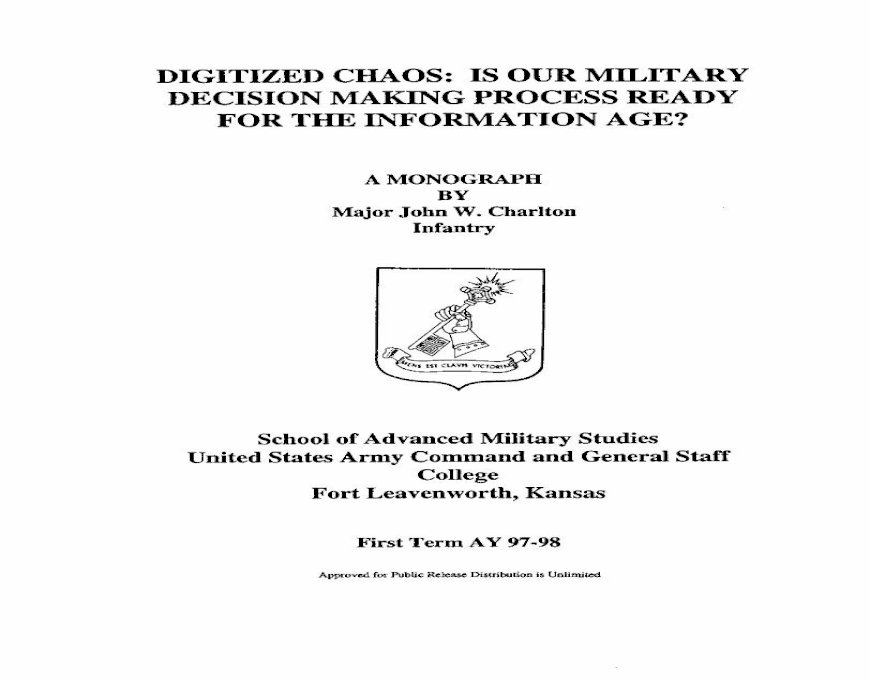 LIBYA - ... an international military intervention, have left the country in a state of chaos. While

From chaos to insights and improving data quality. Once the data is digitized, enriched, and harmonized,