3. Relevance with the music.

In this screenshot, the fist of one of the villains is punched through the glass pane. This is timed with the music as the guitar and the drums hit an emphasised note. These sort of methods are used commonly in all music videos, either through cuts or movements. In this it is used effectively as at this point there is some urgency for the character to get home, and now a real reason, along with the up beat music. (2:38) 4. The director. 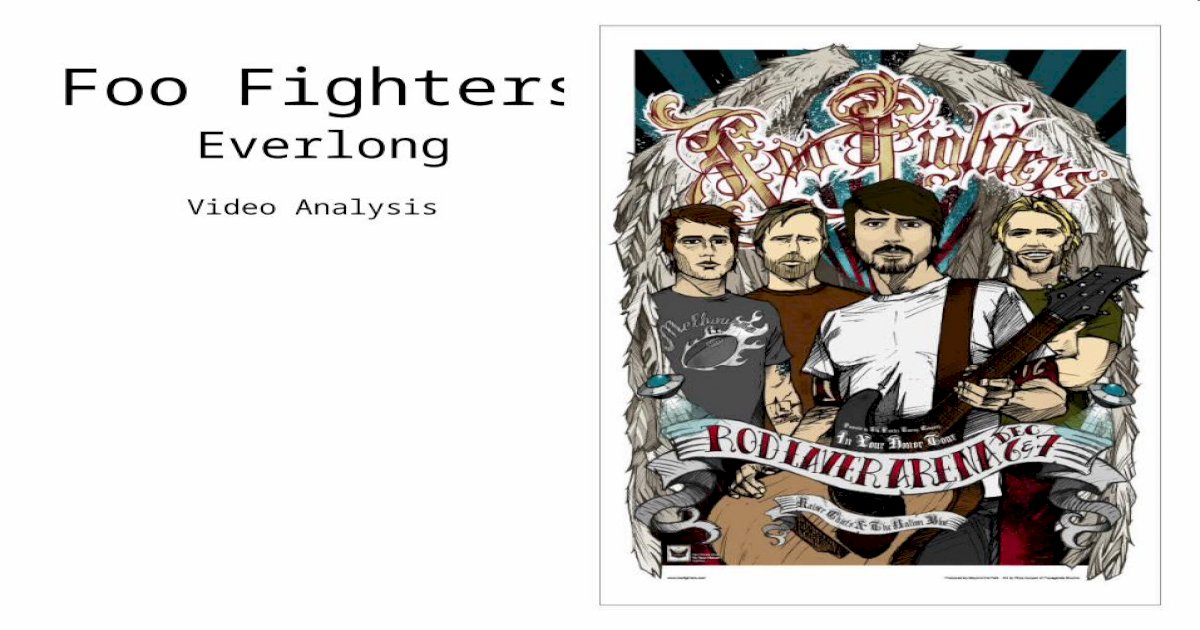 Songbook] - Foo Fighters - The Color and the Shape

Foo Fighters - One by One

Foo Fighters 1944,FSR62V8N · PDF fileFOO FIGHTERS by GORDON W. CREIGHTON In many books and articles about flying saucers, there will be found references to the Foo Fighters which