2. How microcredit worksMicrocredit is one of the most successful and sustainable solutions in the fight to eliminate world poverty. It has a proven structure and an impressive track record.The profit generated from these businesses helps to provide dignity and hope for a brighter future for the entrepreneur's family. 3. How Grameen Bank worksBank goes to the villageSystem of Peer collateralHow Grameen Bank worksSpin off5 women = collateralBy Mohammed Yunus Scientific American November 1999 4. SpinoffWork against dowry 5. Objectives of Grameen Bank trainingsStimulate interest on the subject of MicrofinancingArouse curiosityDiscover individual role in the organization and the global communityLearn and share with othersEncourage responsibility of selfmotivated learning4 6. Method of action 7. Grameen AmericaGrameen America has assembled a top management team, including Chairman of the Board Professor Muhammad Yunus, to lead the organizations efforts to help break the cycle of poverty through microfinance in disadvantaged U.S. communities. Grameen America began its operations in New York City in January 2008 and is working to reach sustainability and to expand its services to all individuals with a dream to run a business.hjwww.grameenamerica.com 8. Critics of MicrocreditRepayments are generally due on loans from the first week after they are taken out, which does not give the borrower enough time to establish any form of incomeearning enterprise.Microfinance is not without its critics. Some argue that people can quickly sink into a cycle of debt, with many lenders charging exorbitant rates of interest. The control women have over their microloans decreases over timeBecause field officers are judged on repayment rates, they sometimes use coercive and even violent tactics to collect instalments on the microcredit loans.By James Melik Reporter, Business Daily, BBC World Service 9. Difficulties of exporting the modelIn India, microlenders cannot accept deposits due to local banking regulations. These cash-strapped microlenders have to turn to local banks or rely on government grants. This source of capital is usually unstable, insufficient or too expensiveDespite the banks success in Bangladesh, little success has been achieved in exporting the Grameen Bank Model to other poverty-stricken areasBy James Melik Reporter, Business Daily, BBC World Service 10. Thank You!Arber Hoxhallari 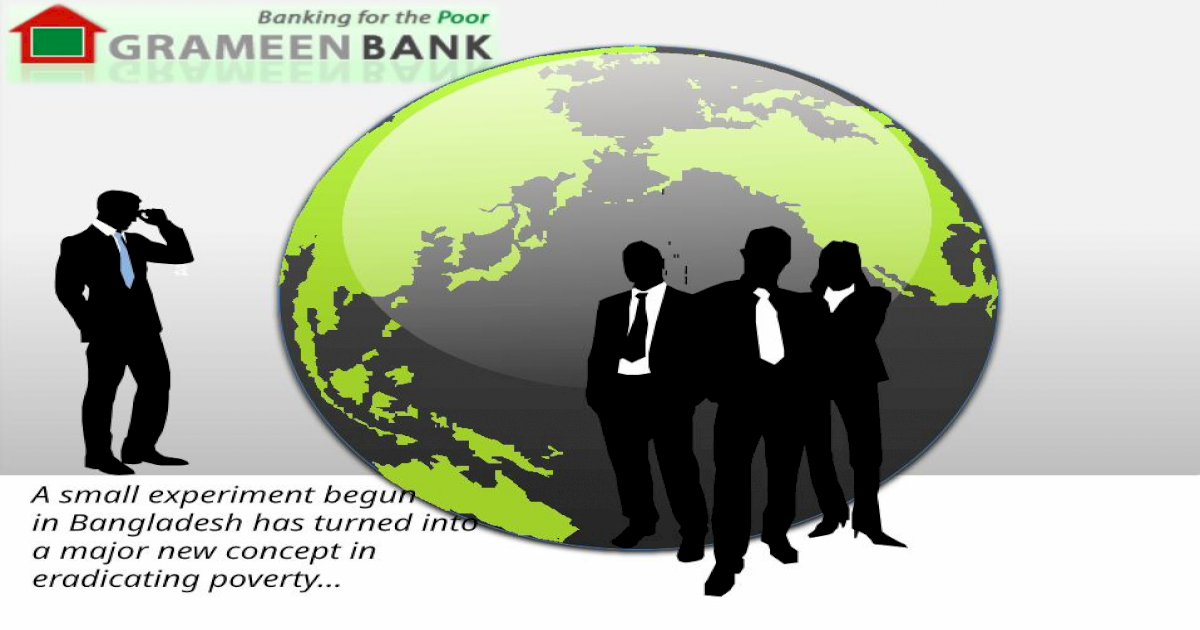