Gregory M. Kobele* and Jason Merchant The Dynamics of Ellipsis 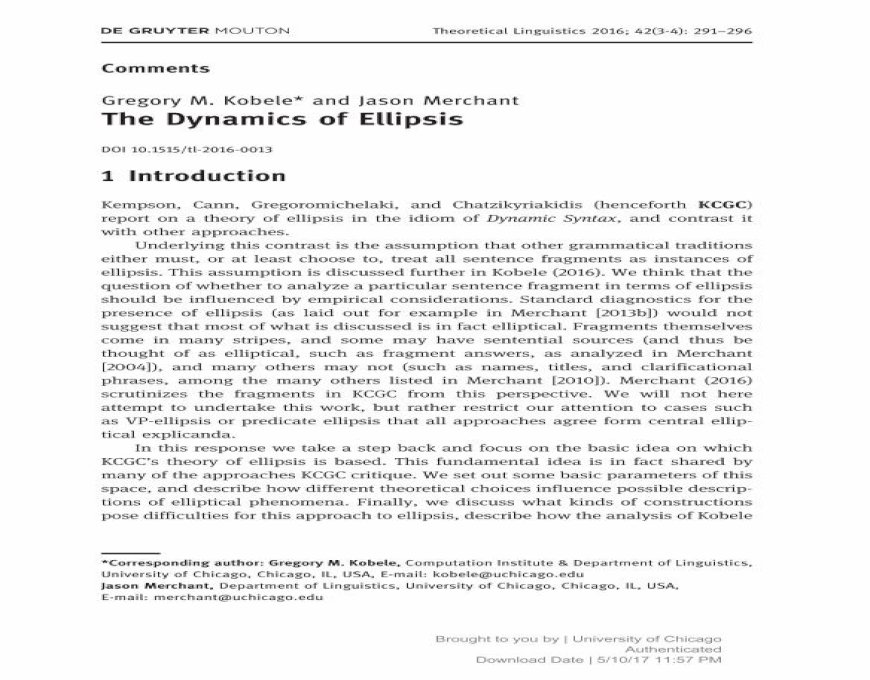 ellipsis UOP web - Harvard University Ellipsis ellipsis is a type of anaphora in the sense that an elided construction requires an antecedent. However, not every null anaphor is an

Ellipsis and Higher-Order Uniﬁcation · PDF file volving ellipsis. Many interesting issues arise regarding the syntax of ellipsis, and we will touch on some of these issues; our

What is an ellipsis?