Ground-water quality in the Mahomet aquifer, McLean, Logan, and 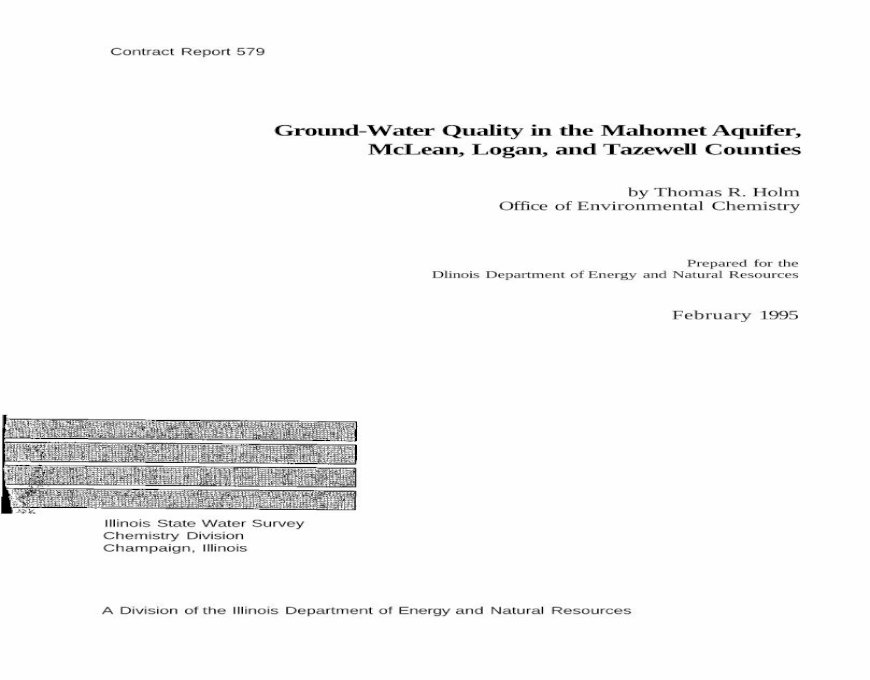 Geology of the Mahomet Aquifer CCFPD Board Meeting