Heart disease why worry?Heart disease kills more people in the UK than any other disease.Almost half of heart disease deaths are from coronary heart disease (CHD).CHD affects the pair of blood vessels the coronary arteries, which supply the heart muscle with the glucose and oxygen that it requires for respiration. AtheromaAtheroma is the name for a fatty deposit which forms within the wall of an artery.

AtheromaIt begins as fatty streaks that are accumulations of white blood cells that have taken up low-density lipoproteins (LDLs).LDLs are the bad form of cholesterol.

Streaks start to enlarge to form an atheromatous plaque (these most commonly occur in larger arteries).These plaques bulge into the lumen of arteries and restrict the flow of blood.

ThrombosisAs the blood flow is restricted, blood pressure increases.This causes some damage to the lining (endothelium) of the artery.Platelets start to aggregate and lay down a blood clot.This is now called a thrombus.

ThrombosisSometimes a thrombus may become dislodged and move around the body.This mobile thrombus can settled elsewhere and block other arteries and veins.This is particularly problematic if the thrombus moves to the lungs.

Aneurysm Atheromas that lead to the formation of a thrombus also weaken the artery walls. These weakened points swell to form a balloon-like blood-filled structure called an aneurysm.Aneurysms frequently burst, leading to haemorrhage. This then leads to a loss of blood in that region of the body.A brain aneurysm is known as a cerebrovascular aneurysm (CVA), or stroke.

Myocardial infarction Also known as a heart attack.The term literally means a reduced supply of oxygen to the muscle of the heart.MI is a symptom of CHD.MI results from a blockage in one of the coronary arteries.

Myocardial infarction If the blockage is close to the junction of the coronary artery and the aorta, then the heart will stop beating because the blood supply is completely cut off.

Write definitions for the following termsAtheromaThrombosisAneurysmMyocardial infarctionWhat are the risk factors for CHD?What are the risk factors for CHD?SmokingHigh blood pressureBlood cholesterolDietHow do you think these factors increase the risk?SmokingHigh blood pressureBlood cholesterolDietDiscuss with the students. Was prev. Covered in the lifestyle section so they should have some ideas. 13SmokingThere are two main constituents of tobacco smoke which increase likelihood of heart disease:Carbon monoxideNicotineCarbon monoxide Combines irreversibly with Hb of RBCs.This means that the oxygen carrying capacity of the blood is reduced.This will remain throughout the whole lifespan of the RBC (~120 days).This could lead to insufficient supply of oxygen to the heart during exercise.NicotineStimulates the production of adrenaline which increases heart rate and blood pressure.This increases the risk of CHD or CVA.Nicotine also makes RBCs more sticky leading to a higher risk of thrombosis. High Blood Pressure As there is already pressure in the arteries, the heart must work harder to pump blood into them and is therefore more prone to failure.Higher blood pressure within the arteries means that they are more likely to develop an aneurysm and burst.To resist the higher blood pressure within them, the walls of the arteries may become hardened and thickened leading to restricted flow of blood. Blood cholesterolCholesterol is an essential component of membranes. As such, it is an essential biochemical which must be transported in the blood. It is carried in the plasma in tiny spheres of lipoprotein (lipid and protein). There are two main types:High-density liproprotein (HDLs)Low-density liprorotein (LDLs)HDLsThese remove cholesterol from tissues and transport it to the liver for excretion. They help protect arteries against disease.LDLsThese transport cholesterol from the liver to the tissues, including the artery walls, which they infiltrate, leading to the development of atheroma and hence heart disease.DietThere are a number of aspects of diet which increase the risk of heart disease, both directly and indirectly:High levels of salt raise blood pressure.High levels of fat increase LDL level and hence blood cholesterol concentration. 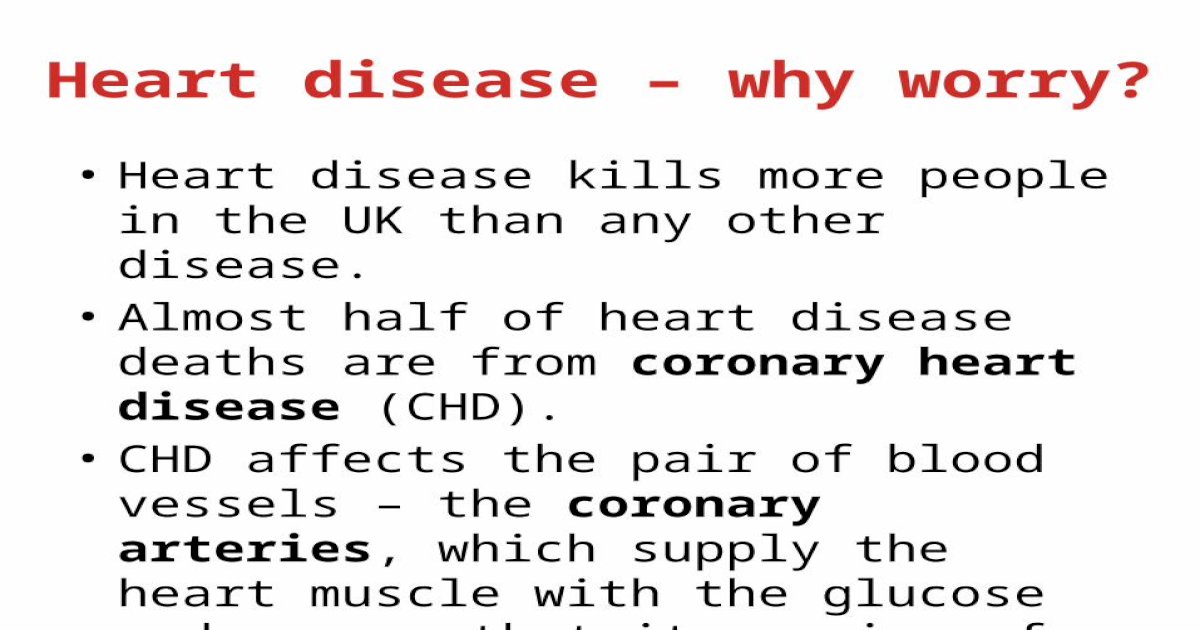