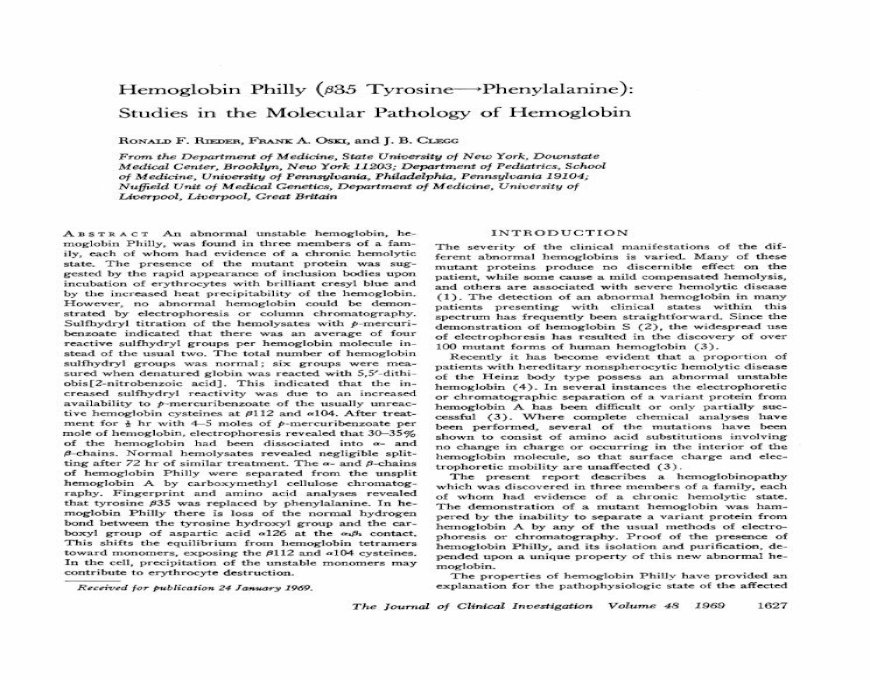 Tyrosine Non essential: as it is synthesized in body from phenylalanine:

Hemoglobin - IISS A. Greppi Hemoglobin Hemoglobin (Haemoglobin in many varieties of English) is the