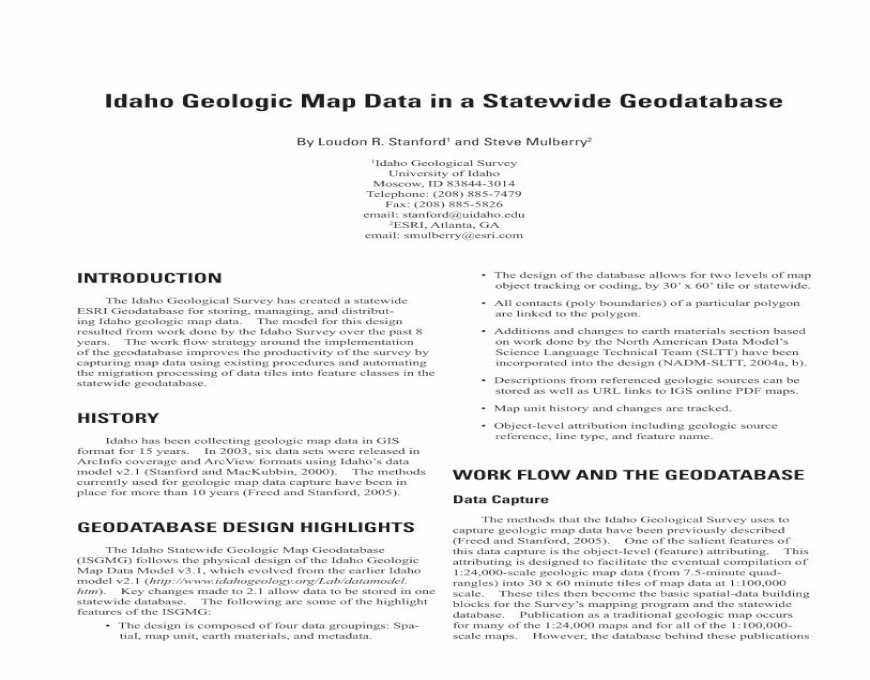 Introduction to the Geodatabase. What is a Geodatabase? What are feature classes and feature datasets? What are domains Design a personal Geodatabase