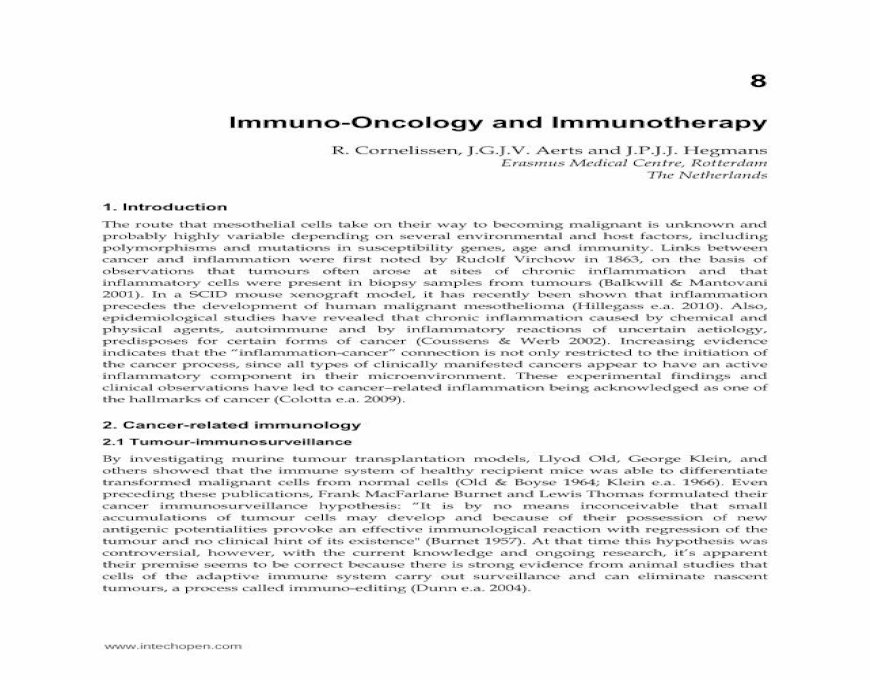 A patient’s guide to Immuno-Oncology · PDF file cancer cells How is immunotherapy different from other types of cancer treatment? Immunotherapy is a unique approach that uses the