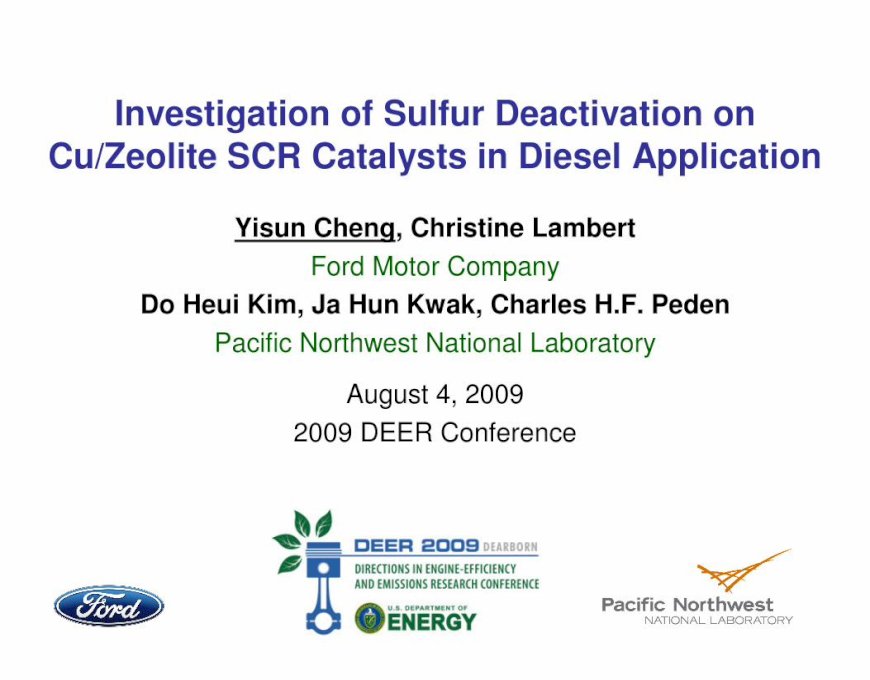 Catalytic investigations of zeolite based methanol to ... · PDF file way, the deactivation constant and the critical contact time can be calculated while giving the same stability

Cu and Co modified beta zeolite catalysts for the

Investigation of Sulfur Deactivation on Cu/Zeolite SCR Catalysts in