DownloadReport this document
Share this document with a friend
Description:
Introduction to linguistics - Language change. Made from my own ideas ! @Detaekakirana
Transcript:

2. LANGUAGE IS ALWAYS CHANGING We've seen that language changes across space and across social group. Language also varies across time. In isolated subpopulations speaking the same language, most changes will not be shared. As a result, such subgroups will drift apart linguistically, and eventually will not be able to understand one another. In the modern world, language change is often socially problematic. Long before divergent dialects lose mutual intelligibility completely, they begin to show difficulties and inefficiencies in communication, especially under noisy or stressful conditions. 3. LANGUAGE CHANGE ! CAUSES OF 4. Basically, as it is theorized, there are three main causes of language change namely : INTERNAL CHANGE BORROWING GEOGRAPHICAL SEPARATION 5. It is evident that a geographical factor is one of the causes of several dialects within a language. The reason for such differences is very clear. When people are isolated from other users of a common language, the geographical distance will lead to changes in the language. GEOGRAPHICAL SEPARATION BORROWING Another essential cause of language change is that languages borrow words from each other. Borrowing often occurs when people from one culture have direct or indirect contact with another culturar group. Language, it is argued, is a part of culture and it shares important characteristic with culture in general. That is like culture languages are constantly evolving or changing INTERNAL CHANGE 6. DOES LANGUAGE CHANGE? HOW AND WHY 7. There Are Many Different Routes To Language Change Changes can take originate in : NATURAL PROCESSES IN USAGE SOCIAL DIFFERENT IATION LANGUAGE CONTACT LANGUAGE LEARNING 8. LANGUAGE LEARNING Language is transformed as it is transmitted from one generation to the next. Each individual must re-create a grammar and lexicon based on input received from parents, older siblings and other members of the speech community. 9. LANGUAGE CONTACT Migration, conquest and trade bring speakers of one language into contact with speakers of another language. Some individuals will become fully bilingual as children, while others learn a second language more or less well as adults. In such contact situations, languages often borrow words, sounds, constructions and so on. 10. SOCIAL DIFFERENT IATION Social groups adopt distinctive norms of dress, adornment, gesture and so forth; language is part of the package. Linguistic distinctiveness can be achieved through vocabulary (slang or jargon), pronunciation (usually via exaggeration of some variants already available in the environment), morphological processes, syntactic constructions, and so on. 11. NATURAL PROCESSES IN USAGE Rapid or casual speech naturally produces processes such as assimilation,dissimilation, syncope and apocope. Through repetition, particular cases may become conventionalized, and therefore produced even in slower or more careful speech. Word meaning change in a similar way, through conventionalization of processes like metaphor and metonymy. 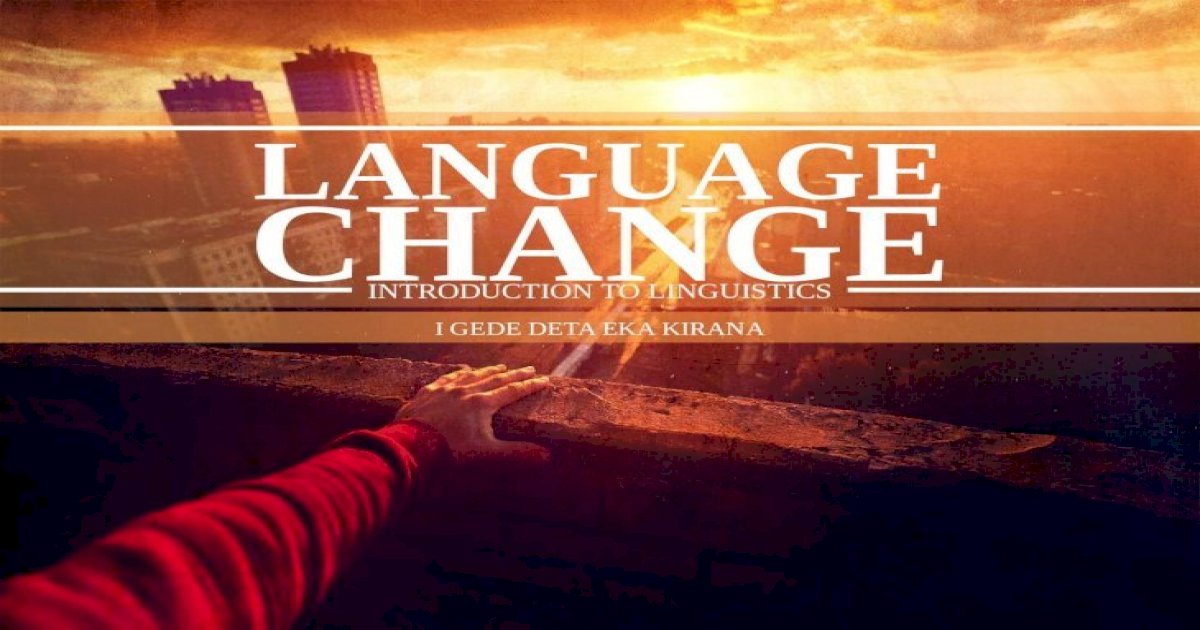 Language A Preview. Linguistics What is linguistics and why is it important? - Linguistics is the study of how language works. - Language is central to