DownloadReport this document
Share this document with a friend
Transcript:
Client
Joseph Nunez/Meeting Scribe Valery Smith/Signal Processing Specialist
Thien Nguyen/Webmaster Chad Griggs/Report Manager
Team Email
Table of Contents Frontal Material 2
List of Figures 2 List of Tables 2 List of Definitions 2
1 Introduction 3 1.1 Acknowledgement 3 1.2 Problem and Project Statement 3 1.3 Operational Environment 3 1.4 Intended Users and Uses 4 1.5 Assumptions and Limitations 6 1.6 Expected End Product and Deliverables 6
2. Specifications and Analysis 9 2.1 Proposed Design 9 2.2 Design Analysis 11 2.3 Standards 12
3 Testing and Implementation 12 3.1 Interface Specifications 12 3.2 Hardware and Software 13 3.3 Functional Testing 15
Software Testing 15 Hardware Testing 15
3.4 Non-Functional Testing 15 3.6 Results 17
4 Closing Material 17 4.1 Conclusion 17 4.2 References 19 4.3 Appendices 20
1
Frontal Material
List of Figures Figure 1: Use Case Diagram Figure 2: Proper Light Hanging Techniques Figure 3: Exterior of Control Box Figure 4: Interior of Control Box Figure 5: Pi Camera and LCD Screen Figure 6: High-Level Block Diagram Figure 7: Control Box Layout Figure 8: Raspberry Pi B+ Pinout Figure 9: Flow Diagram of Design Process Figure 10: Control Box Circuit Diagram
List of Tables Table 1: Required Physical Materials and Accompanying Description
List of Definitions 1) Raspberry Pi - Also referred to as “Pi”, is a “low cost, credit-card sized computer” that
“enables people of all ages to explore computing, and to learn how to program in languages like Scratch and Python” [1]
2) LED - Also known as a “Light Emitting Diode”, these “produce light approximately 90% more efficiently than incandescent light bulbs” [2], are substantially smaller and are more readily individually programmable.
3) SSH - The Secure Shell Protocol “is a method for secure remote login from one computer to another” and allows for the use of the File Transfer Protocol. [3]
4) RGB - Red, Green, Blue. The three colors human eyes are tuned to receive and the three colors used in a pixel
5) PWM - Pulse Width Modulation. The variance in time high over time total (duty cycle) in a time varying digital signal
2
1 Introduction
1.1 Acknowledgement We would like to acknowledge Dr. Tom Daniels for his time and expertise with this
project, as well as the previous senior design group for laying a foundation onto which we can build our design.
1.2 Problem and Project Statement During the holiday season it’s tradition to put on interesting light displays to impress
family and neighbors. Legacy methods of using static lights on trees or outdoor areas such as roofs or bushes have been superseded by more modern technologies. In 2019, we at Team 10 want to take the holiday season to the next level! The idea is to take boring static light strips and make them magical with dynamic patterns and more. With our product, you will be able to set up the lights on any object of your choosing and make breathtaking visual effects.
Our proposed solution is to take the system created by the previous senior design group and improve it in a few ways. Instead of a single Raspberry Pi and a phone app, we are going to use 2 Pis. The first will host the server and issue commands to the light system. The second will have a camera connected to it to perform the image processing and calibration.
1.3 Operational Environment The system should function in both outdoor and indoor environments, regardless of any
background image noise such as reflecting windows. This means the enclosure for the Raspberry Pi and power distribution must be rugged enough to handle snowy or rainy weather without the electronics being damaged. This system could be set up in many different conditions. Therefore, we will need to test the calibration in different lighting conditions and give the user some lighting guidelines for best results.
3
[Figure 1]
Our intended users fall into two categories, the calibrator and the user. The calibrator is responsible for setting the system up, and ‘teaching’ the system where each LED is. They should be able to connect the Pi to the internet and follow the supplied guide on getting the server running. The main user will use the system’s UI to select a configuration for the system to display. This UI is intended to be very user friendly therefore, the main user could be almost anyone from young adults up to elderly people.
4

[Figure 2] The left side shows lights arranged correctly in a roughly parallel and linear fashion, the right side shows lights arranged incorrectly in a messy fashion
The process of calibrating the system that the Calibrator/Maintainer will use is
1. Identify the Control Pi IP 2. Enter the IP address in the browser and click calibrate button 3. Enter the IP address for Calibration/Camera Pi 4. User Follows remaining few on-screen instructions 5. User validates a successful calibration
The design chooser uses the system’s UI to select a pattern or image for the system to
display. The design chooser also presses the button on the control box to turn the system on and display a previously loaded/pattern image, and turn the system off. This UI is intended to be very user-friendly. Therefore, the design chooser could be almost anyone from older children up to elderly people.
The system is intended to be used as a fancy decoration primarily around the holiday
season, but with the possibility of any RGB combination you can dream of, this could be used year round.
5
1.5 Assumptions and Limitations Assumptions:
The user has a working WiFi internet connection in accordance with the IEEE 802.11 standards for media access control and physical layer protocol for implementing WiFi.
The user has electricity. The user has ample space to safely store the system.
Limitations: We have a string of lights that we are expected to use. The speed of the system will be limited by how fast each component can communicate
with each other. There will be a limit to how fast the image processing takes to complete. The system should not pose any safety concerns.
1.6 Expected End Product and Deliverables
User Interface - The user interface will be a user-friendly web application hosted on the control Raspberry Pi using Apache http/PHP/Python. Having it be a web-app allows the user to access it from any device with an internet browser of their choosing. We will use websockets to have the server push events to the control Raspberry Pi to control the lights. On the user interface the user can either upload images files to be texture mapped to the LEDs on the tree or design a basic pattern to be displayed such as a rotating rainbow or other select colors.
[Figure 3]
Lights and Control/Powerbox - The power and control box contains a 12v power supply, a 3v to 5v step up, a 12v to 5v voltage regulator and a Raspberry Pi. Both the 3vto 5v step up converter and 12v to 5v voltage regulator are soldered onto the same piece of perfboard to conserve space. The Raspberry Pi will have an attached LCD screen that displays the IP address and other important data of the Raspberry Pi; this will be useful for the user to connect to the system without an additional display. The lights are based on WS2811 LED chipsets. Python files will control the Raspberry Pi’s PWM pin that is connected to the WS2811 LEDs to
6 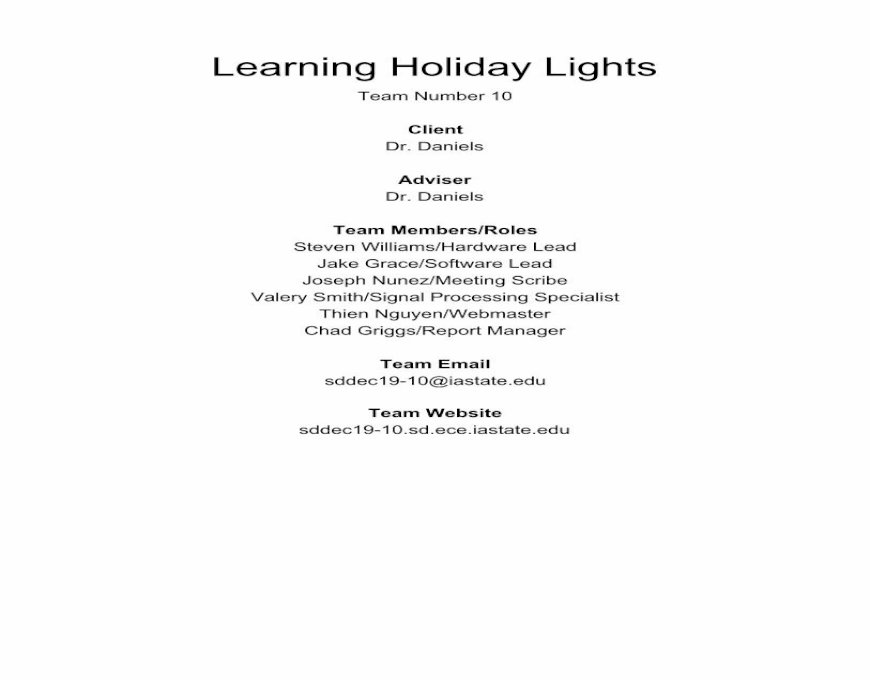