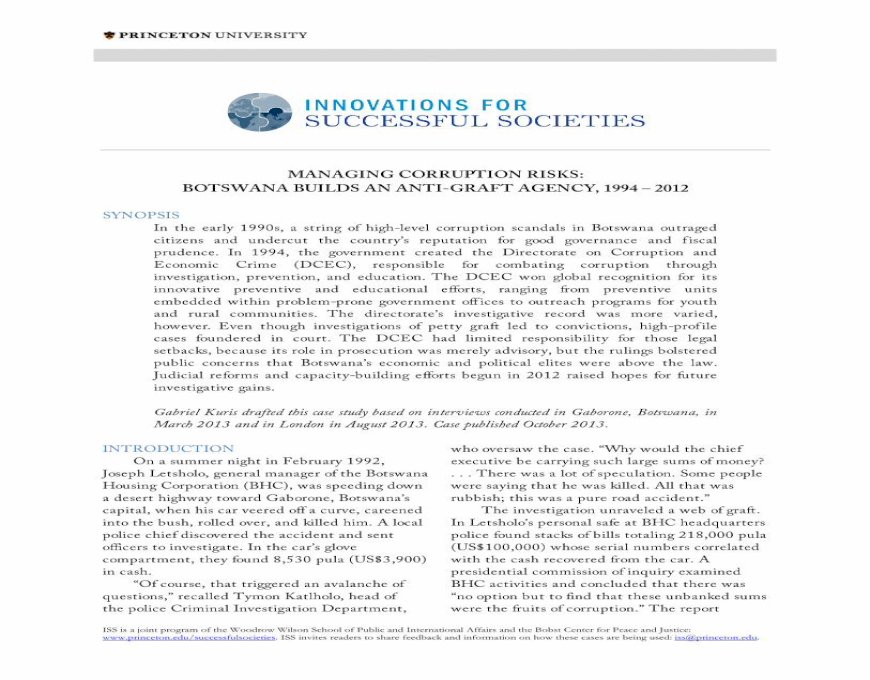 BOTSWANA - Globus Botswana is the oldest democratic state in Africa. The border between Botswana and