DownloadReport this document
Share this document with a friend
Description:
The Belcroft is the official newsletter of La Salle College High School. It is published by the Office of Institutional Advacement on a monthly basis during the academic year.
Transcript:
Popular Tags: 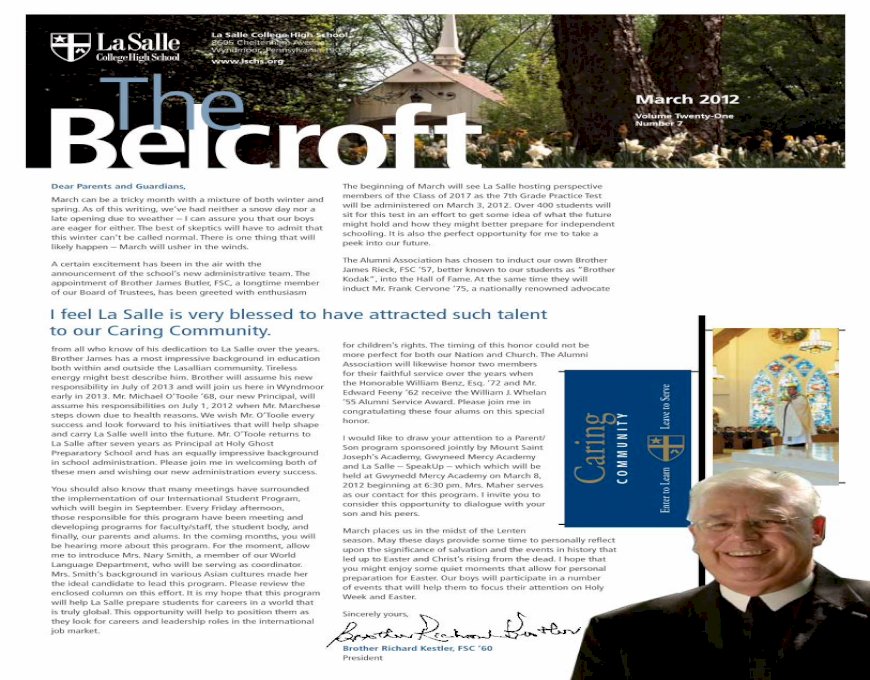