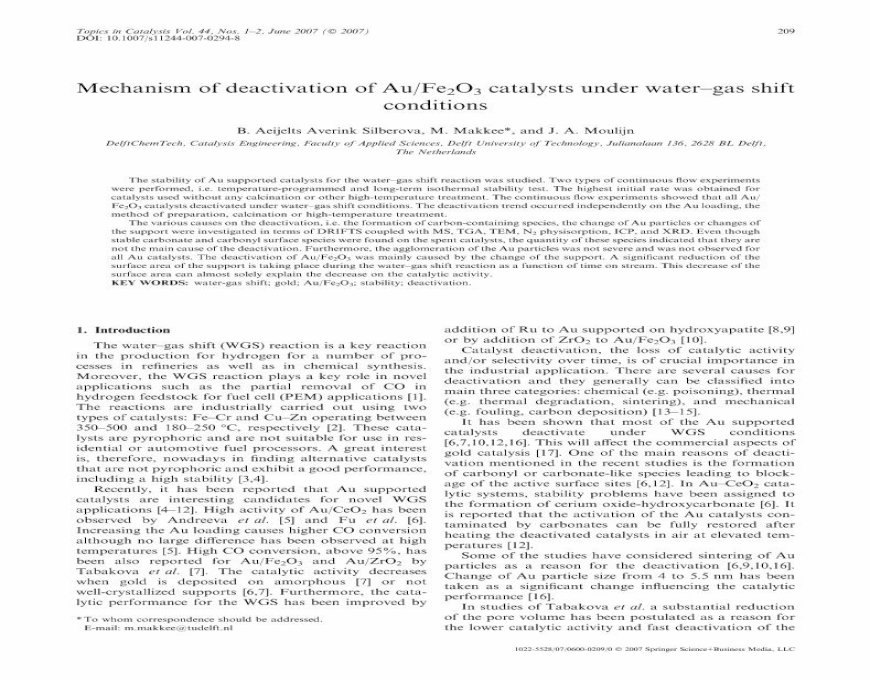 - Characterization of CuZnO Catalyst · PDF file fresh and spent catalysts, to identify the type of decays which led to the catalysts deactivation, and to propose the best handling

Investigation of Sulfur Deactivation on Cu/Zeolite SCR Catalysts in

Deactivation of Platinum Catalysts by Oxygen Deactivation ... X(1)S(hgfe0tccnrq5l0b1q5travay))/chemplan_demo/sa · PDF file nhV.atinns of nlatirmm catalysts in the field by oxidation