Can grout replace concrete in normal structure?The mixture of cement and water alone cannot replace concrete (Longman Scientific and Technical (1987)) because: (i) Shrinkage of grout is several times that of concrete with the same mass. (ii) The effect of creep of grout is far more than that of concrete. (iii) Heat of hydration of cement with water is more than normal concrete and this leads to the problem of severe cracking.

Cuore Concrete Nano SilicaA long time used material in concrete is for the first time fully replaced by a nano material.It is well known in physics and chemistry that a well designed and developed nano material produces better and cheaper cost results than traditional materials, thanks to the stabilization and reinforcement of matter properties at this level: a thousand fold smaller than the older level: micro (0.000001 mt). Micro silica has been one of the worlds most widely used products for concrete for over eighty years. Its properties allowed high compressive strength concretes; water and chemical resistant concretes, and they have been part of many concrete buildings that we see nowadays. Its disadvantage, though, has been its relatively high cost and contamination, which affects the environment and the operators health. As micro silica, as a powder, is thousand fold thinner than cigarette smoke. Operators must take special precautions to avoid inhaling micro silica and not to acquire silicosis, an irreversible disease. In the middle of 2003, a product which could replace micro silica seen the contaminant effects, having the same or better characteristics and at a reasonable cost was on the design table. The goal: silica fulfilling the environ-mental regulation: ISO-14001. Using tools from physics, chemistry and recent nanotechnology advances, the challenge was fulfilled.Lab tests and production tests proved that the nano silica did not contaminate (because its state), but it also produced better results than micro silica, and a litre bottle of the product was equivalent to a barrel full of micro silica, extra cement and super plasticizing additives. Because of its innovation the nano silica was tested for over a year in the worlds largest subterranean copper mine to prove its long term characteristics. Cuore concrete takes care of the environment, the concrete and the operators health. It is the first nano product that replaced the micro silica.Cuore concrete surpassed the expectations of its design and gave concrete not only the high initial and final resistance but in addition, plasticity, impermeability, minor final cost of

work, and cement savings of up to 40%. Also, it lowered the levels of environmental contamination. In addition, a liter bottle of Cuore concrete equals a whole barrel of micro silica, extra cement and super plasticizers. If before a 2 meters thick beam was required to hold a bridge correctly, now only 75 cm are required. If before 28 days were necessary in order to achieve compressive strengths of 80MPa, now only 1 day is required. The pre stressed beams that before required 3 days to be ready and needed to be cured with water and steam , now require only 1 day and they do not need water. Moreover, Cuore concrete became one of the first indicators of the properties that the next commercial nano cements in the market will have: nano particles of silica turn into nano particles of cement (nano cement) in the chemical reactions that take place in the concoction of the concrete, Thanks to all these advantages, the entrance of nano silica Cuore concrete into the market modified the concept of what is possible and what is not in the concrete field. Since 2004, the greatest copper underground mine of the world, has been using nano silica concrete and the use of the micro silica in this deposit has been prohibited. Properties of concrete with Cuore concrete nanosilica In high compressive strengths concretes (H-70), Cuore concrete is 88% more efficient than micro silica, added to concrete and super plasticizers. ( For an average 9,43 Kg. of Cuore concrete Nanosilica, 73Kg. of all the others additives are used). The production cost of is drastically lower than using the traditional production method or formulas. It has an air inclusion of 0% to 1% The cone test shows that It preserves the cone shape for more than one hour. (with a relation of H2O/Cement=0.5, adding 0.5% of Nano silica of the metric volume of the cement used, it conserved a its circle shape of 60 cm for two hours, with a lost of only 5%). The nano silica has a plasticity that has been compared to the policarboxilate technology. Therefore the use of super plasticizing additives is unnecessary. High workability with reduced water/concrete levels, for example: 0,2. Easy homogenization. The reduction of mixing times allows concrete plants to increase their production Depending on the cement and the formulations used for concrete (tests from value H-30 to H70), shows that the material provides compressive strengths between 15 MPa and 75 MPa at 1 day; 40 MPa and 90 MPa at 28 days and 48 MPa and 120 MPa at 120 days.

Nano silica fully complies with ISO 14001 regulations regarding the environment and health. It preserves operators of the danger of being contaminated with silicosis and does not contaminate the environment. It successfully passed all the tests and since the beginning of this year it is being commercialized in different parts of the world. Immediate benefits for the user 1) Cessation of contamination caused by micro silica solid particles. 2) Lower cost per building site. 3) Concrete with high initial and final compressive and tensile strengths. 4) Concrete with good workability. 5) Cessation of super plasticizing utilization. 6) Cessation of silicosis risk. 7) High impermeability. 8 ) Reduction of cement using Cuore concrete Nanosilice 9) Cuore concrete nano slica on itself produces nano cement. 10) During the moisturizing reaction of the cement, the silica produces CSH particles, the glue of the concrete ensuring the cohesion of all the particles. 11) Cuore concrete has a specific surface near to 1,000m2/gr (micro silica has only 20m2/gr) and a particle size of 5nm to 250 nm. As a consequence of its size, Cuore concrete produces nano cristals of CSH, filling up all the micro pores and micro spaces which where left empty in traditional concrete production. Former described function reinforces the concrete structure on levels, thousand times smaller then in the case of traditional concrete production. This allows the reduction of the cement used and gives the compression needed to reduce over 90 % of the additives used in the production of H-70 concrete. Cuore concrete allows to save in between 35% and 50% of the used cement.We do stress that we recommend to change the formula of the concrete in order to take advantage of the characteristics of the Cuore concrete Nano silica particle. Less material is needed to obtain better results, using Cuore concrete.

The results are the proof. 1) Resistance to compression from 40 to 90MPa in 1 day. 2) Resistance to compression from 70 a 100 MPa (or more) in 28 days. 3) Versatile: produces high resistance even with low addition (1 to 1,5 % of the cements weight) and gives self compacting characteristics with higher proportions (2,5 %). 4) Meets the norms of environmental protection (ISO14001). 5) 70% less use of additives as traditional silica, super plasticizers or traditional fibres. 6) Equal or minor raw material cost as in traditional ??production with super plasticizers, and or fibres.

Why are recycled aggregat 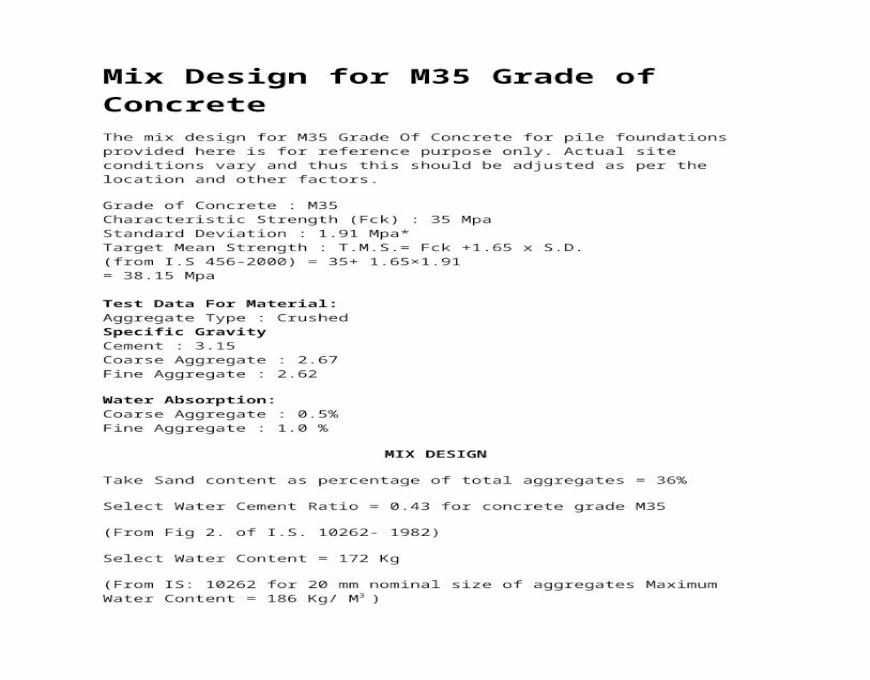