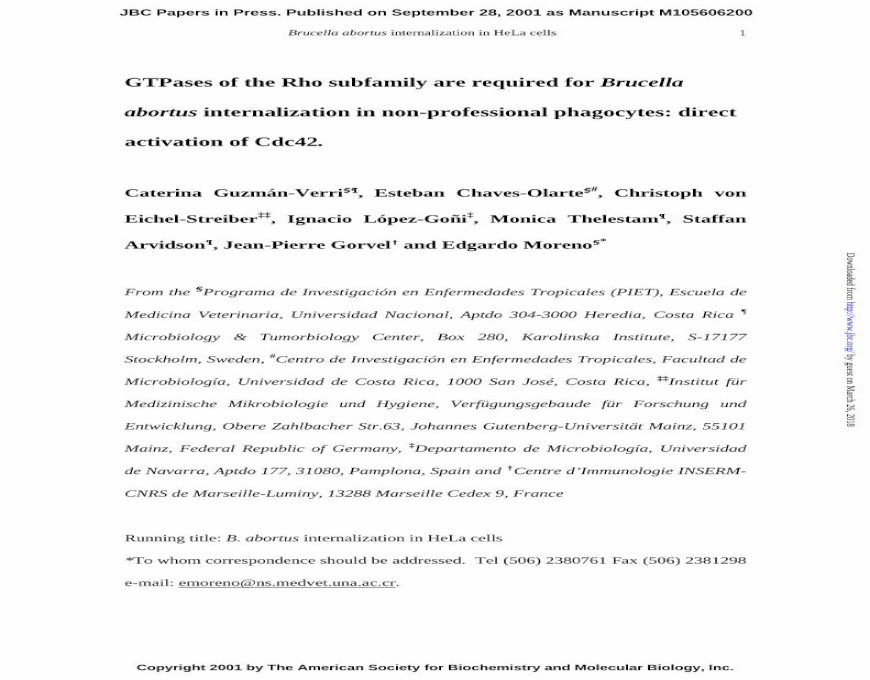 Brucella abortus 2012 - · PDF filebrucellosis, and all bacteriological and serological investigations were negative for Brucella abortus. In conclusion, there was no detection of