2. Nile River "I learned that courage was not the absence of fear, but the triumph over it. The brave man is not he who does not feel afraid, but he who conquers that fear." 3. Nile River "There is no passion to be found playing small - in settling for a life that is less than the one you are capable of living." 4. Nile River "To be free is not merely to cast off one's chains, but to live in a way that respects and enhances the freedom of others." 5. Nile River "It always seems impossible until its done." 6. Nile River "No one is born hating another person because of the colour of his skin, or his background, or his religion. People must learn to hate, and if they can learn to hate, they can be taught to love, for love comes more naturally to the human heart than its opposite." 7. Nile River "It is wise to persuade people to do things and make them think it was their own idea." 8. Nile River "Education is the most powerful weapon which you can use to change the world." 9. Nile River "Difficulties break some men but make others. No axe is sharp enough to cut the soul of a sinner who keeps on trying, one armed with the hope that he will rise even in the end." 10. Nile River "It is better to lead from behind and to put others in front, especially when you celebrate victory when nice things occur. You take the front line when there is danger." 11. Nile River "If I had my time over I would do the same again. So would any man who dares call himself a man." 12. Nile River I have walked that long road to freedom. I have tried not to falter; I have made missteps along the way. But I have discovered the secret that after climbing a great hill, one only finds that there are many more hills to climb. I have taken a moment here to rest, to steal a view of the glorious vista that surrounds me, to look back on the distance I have come. But I can rest only for a moment, for with freedom comes responsibilities, and I dare not linger, for my long walk is not yet ended. 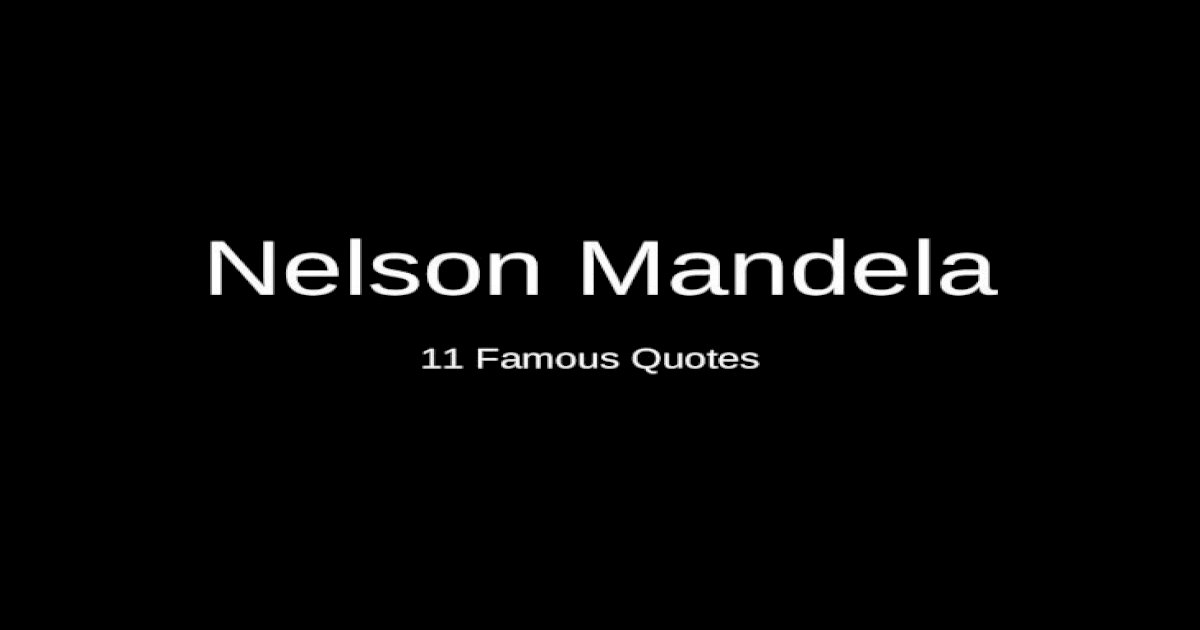