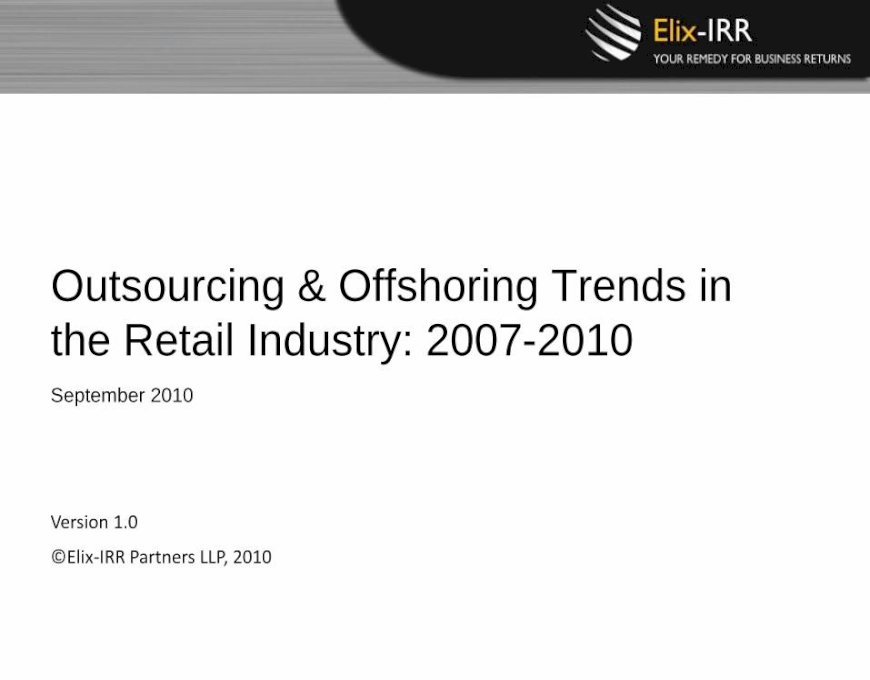 Outsourcing and offshoring, KWG, CSE, 22 May 05

Trends in Outsourcing & Offshoring in the Financial ... India has 55% of the offshoring market in ITO