Some basic concepts of Digital Communication:

Output of a BPSK waveform:

Advantages and Disadvantages of BPSK: Advantages DisadvantagesCostly due to use of Costas square loop or Costas PLL in coherent demodulationThe abrupt change of phase in time domain is an impulse function which requires infinite bandwidth for transmission in frequency domain19

BPSK is widely used for wireless LANs, RFID and Bluetooth communicationBPSK is used in radio communications due to robust BER20

Other types of Phase Shift Keying:

Now we have two basic functionsEs = 2 Eb since 2 bits are transmitted per symbolI = in-phase component from sI(t).Q = quadrature component that is sQ(t).

BER is related to the distance between constellation points

In /4 QPSK, the maximum phase change is limited to 135o , as compared to 180o for QPSKHence the signal preserves the constant envelop property better than the band limited QPSKThis can be demodulated in a coherent or non-coherent fashion thereby, simplifying the receiver design greatlyIn presence of multipath spread and fading, /4 QPSK is found to perform better

Among all MPSK schemes, QPSK is the most-often-used scheme since it does not suffer from BER degradation while the bandwidth efficiency is increasedIn the presence of the multipath spread and fading conditions, pi/4 QPSK performs the bestSignal is demodulated in coherent and non-coherent fashion and hence the design of the receiver is simple 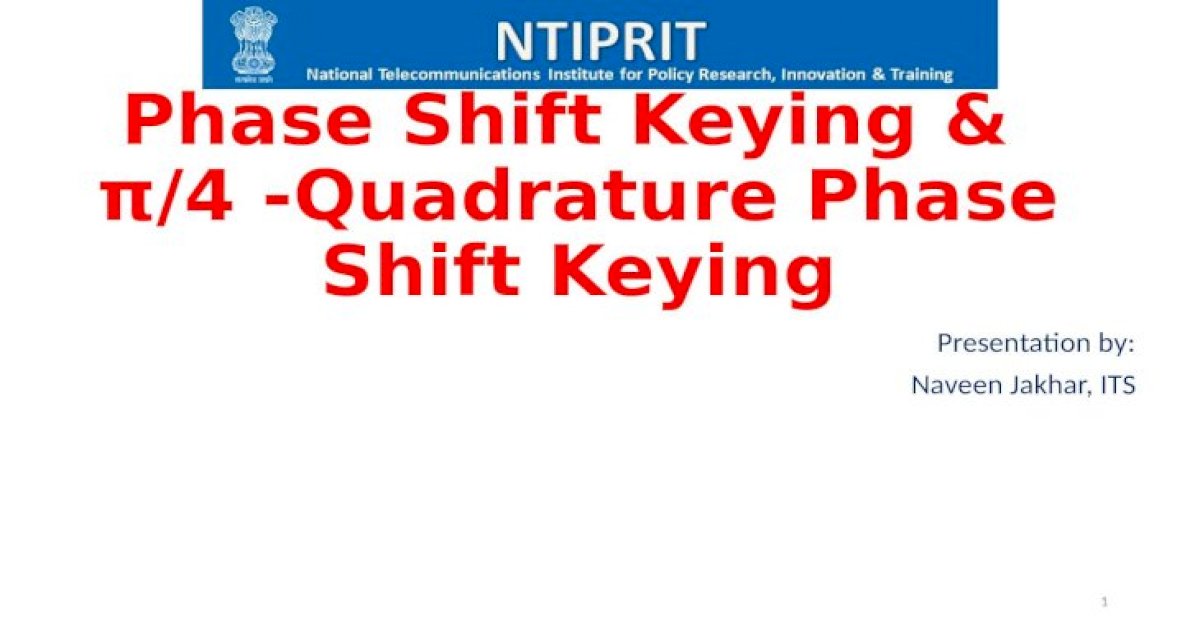