October 02 2007 Review: Political regimes Approaches to the Study of Politics Ideas and ideologies Film: The Prophets and promise of Classical capitalism

Political Ideas and Ideologies Ideology: As a system of ideas or beliefs that guide political action As society defined ideation structures Ideology implies a union of ideas and power Ideas come from political thinkers most of who have not been active in politics but whose ideas influence political movements. It involves the social construction of reality highly abstract and often forcefully imposed. According to Gramsci, ideology helps us understand how dominant groups keep subordinate groups under their rule without employing coercion. Ideologies often become the "dominant discourses" in society Identified with some of most important thinkers and political figures Karl Marx, Napoleon Bonaparte, V.I. Lenin, Hegel, Gramsci

Purpose of ideologiesWhat do ideologies do for the people who embrace it? Ideologies exist to the extent that people produce, espouse and perpetuate them. Ideologies are created by human beings for human beings. Ideologies perform the function of allowing people to encounter, work through and attempt to master fundamental desires, fantasies, conflicts and existential dilemmas Gramsci: Ideology as world view the common sense of society (the philosophy of the multitude) Ideology as an instrument of liberation as a articulation of the struggle against the status quo (revolutionary consciousness)

The concept of Ideology: OriginsThe concept has its origins in the French revolution as writers sought to understand the connection between philosophers and politicians. Antoine Louis Claude Destutt, Comte de Tracy (1754-1836), one of the enlightenment philosophers coined the word ideology during the revolutionary period in France as ideas inspired thousands into political action. He drew on the work of the British thinker John Locke (1634-1704). His essential argument was that we could determine the truth or falsity of ideas for the purposes of political action. Along with other members of the Institut de France, established in 1795, Comte de Tracy sought to disseminate higher learning as their contribution to the enhancement of the revolution. Their work was informed by three assumptions: i) ii) iii) Progress in social life is desirable Progress comes from correct ideas Incorrect ideas must be resisted.

History of Ideology Comte de Tracys conception of ideology had three key features:1)The explicit linkage between logic, psychology and politics 2)The assumptions that intellectuals discover truth and political authorities determine policies to march it 3)A claim that logic, psychology and politics are linked together and coincident with science and history These ideas emphasized rational inquiry in the natural and social world.

History of Ideology In 1797, Napoleon Bonaparte became an honorary member of the Institut de France and promptly seized power in a coup detat in 1799 eventually becoming Emperor of France. The ideologues set about to implement their ideas, subjecting politics to scientific ideas as a guide for post-revolutionary democratic France. Their aim was to spread enlightenment and progress, not just in all of France but all of Europe. Rarely do ideologies have territorial boundaries (although Lenin sought to build socialism in one country). In the same way that G.W.Bush seeks to export democratic ideas to the rest of the world, and particularly the Middle East, Napoleon and his ideologues sought to export liberal ideas of enlightenment and progress, seeking to sweep away the forces of reaction, tradition and backwardness. The enlightened use of political power was to achieve a new Europe.

Karl Marx and ideology Thirty years later, Karl Marx (1818-1883) began to use the word ideology but in a pejorative manner. He argued against German ideologues suggesting that ideologies and ideologues arise in class divided societies for the expressed purpose of political domination. The class that has the means of material production at its disposal consequently also controls the means of mental production

In other wards, the class which is the ruling material force of society is at the same time its ruling intellectual force

Karl Marx and ideology Marx suggested that within the ruling class, there is a division of labour which ensures that some assume mental tasks while others take on material tasks. Some think, while others execute the ideas. Inside this class, one part appears as the thinkers of the class (its active, conceptualizing ideologists, who make the formation of the illusions of the class about itself their chief source of livelihood) while the others attitude to these ideas and illusions is more passive and receptive, because they are in reality the active members of this class and have less time to make up illusions and ideas themselves Marx and Engels, Collected Works, 1976:586

Karl Marx and ideology The German Ideology was to be explained with its connection with the illusions of the ideologists in general, e.g. the illusions of the jurists, politicians, connected with their material position, their job in life. Marx argued that some of these illusions were dressed up to sound like claims about the state of nature. For instance, some people are slaves by nature or God made woman to serve man. Marx argued that some of the French enlightenment claims were made universal to serve particular interests. For instance, the rights of man and citizen, the great proclamation of the French Revolution, ultimately worked for the benefit of owners of private property at the expense of workers with no property.

Karl Marx and ideology Marxs analysis of ideology made the leap from the Comte de Tracy position that ideology represented a set of ideas that conformed to formal characteristics, to the position that, it represented ideas, that gave validity and authority to claims that members of different classes use in the pursuit of various interests and power. These could be reactionary, conservative, reformist or revolutionary. These ideologies took on legal, political, religious, aesthetic or philosophic forms. Importantly for Marx, the existence of ideologies presupposes the existence of a class behind the ideologies.

Other writers on Ideology Marxs counterpart Fredrick Engels (1820-1895) classified Marxs work as a science scientific socialism and dismissed ideology as false consciousness. Russian philosophers characterized Marxs ideas as scientific ideology while Vladimir Lenin (1870-1924) the revolutionary theorist and leader of the Russian revolution claimed that it was a comprehensive science that derived from an abstract logic, in essence an ideology. Lenin argued in his famous book What is to be done that without revolutionary theory there can be no revolutionary practice and identified it as socialist ideology. He defined ideologies are doctrines reflecting class interests that were in some sense products of theoretical thinking and not the common place consciousness of class members themselves.

Other writers on Ideology Interestingly enough, another of Marxs followers Antonio Gramsci (1891-1937), who used ideology less pejoratively, claimed that it represented a system of interest articulation and reproduction involving key institutions in society such as churches, schools and mass media. According to Gramsci, while ideology emanates from the ruling classes, it becomes hegemonic when it takes on the character of the common-sense use and understanding of the masses in society. It is this status that makes it possible for others in society to see their interests represented by the ideology and to become part of the process of reproducing it. This character explains the sacrifices by the subordinate classes in nationalist struggles and imperial adventures.

Liberalism Liberalism is perhaps the most dominant ideology in the world today. It is certainly the most dominant in the Western world. Liberalism rests on two key principles: Equality and Freedom of individuals. These principles also underlie the idea of human rights and are operationalized through the creation of political rights that become legal rights that citizens can claim against the state. The original conceptions of these principles were perhaps more narrow than their use suggests today. Fundamental to liberalism was the idea of the individual and the right of the individual to act as a free agent. Liberalism in that sense represents the idea that the community is made up of a collection of individuals an association of individuals, all equal and each with their interests that they are capable of advancing them equally.

Liberalism and the State Liberal democracies arose in response to the way feudal societies defined rights on the basis of groups Monarchy, Royalty, aristocracy, men, women, free, slave etc. Liberalism has evolved from the states role as a strictly protective institution towards a role as an enabler: Providing the means and resources for people to ac 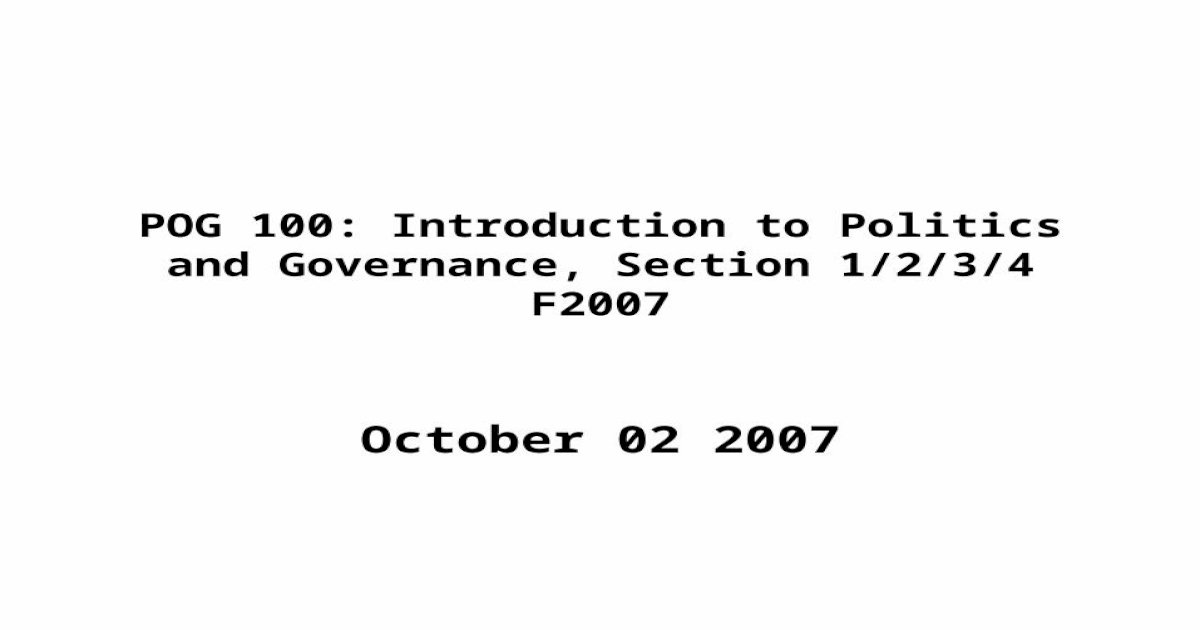