Change Of ActorI have taken the decision to change the actor playing my Anonymous man no.1, otherwise known as actor Frank Dunn. For the film, Frank's features look too young to play the character of a drug dealer. I do intend for the character of the drug dealer to be almost weedy, he isn't a hard going/violent dealer, however Frank does look just slightly younger than what I had previously hoped.This has pushed me to seek another actor who although looks slightly older, doesn't exceed the age range of around 16-20 which is roughly the age range of my target audience. To use an actor such as of 40 and obviously older looking, I feel would be too far and our young audience wouldn't identify with him. As media theorist Maffesoli argues, in a post-modern society people will identify with what they see within the media and interpret it within their own lives. It is important that I make as broad of an area for people to identify with in the 16-20 age category so that I relate to my audience and entice them by doing so.This is why I have chosen to use 19 year old actor Christopher McDonagh. With dark brown hair and a height of over 6ft he looks the part more than that of Franks almost innocent light ginger hair and pale white face. I have also chosen to use a fake tattoo sleeve for Chris to wear and so the camera can pick up on it in specific in some shots. This suggests more of a roughness to the character, whilst still wearing the slightly odd looking Hawaiian shirt to resemble the dealer in Pulp Fiction - which I previously intended to mirror in this character.

Deleted footage the shop sceneThe footage used in the shop location didn't look sinister enough as a flashback, Having previously wanted to do something similar to how Rodriquez uses a claustrophobic yet ordinary location of a liquor store in 'From Dusk till Dawn' to cause doom. Within my own footage however I feel that the sinister message is not clear enough. Although I do not wish to make the male actually do anything within the scene as Rodriguez has men with guns threatening the customers in his own film. I do however want to give the feeling that my female character is scared by him because he as a character has done something/is stalking her/is after her. To do this, I now think it may be important to not even show the male characters faces throughout my film. This gives the element of the unknown and transforms them from boys into sinister and mysterious figures. In addition to this, I have now decided to change the shop location into the location of the Norwich Underpass. The lighting there is eerie and only lit by bright lights from the underpass and it is covered in graffiti. There is a sort of urban but lonely feel to it while keeping within the connection of youth that my music video aims to target.

DELETED FOOTAGE POISON/WINE SCENEUnfortunately I feel I cannot use this footage because the lighting is just too dark. I made the mistake of not using a spotlight to highlight my characters faces. Instead I presumed the television light would make a big enough impact as it seemed to have looked on the camera. As supposedly a sinister scene I therefore feel that I cannot use the footage because the lighting is too weak. In addition to this I feel there may be too much of an ambiguity around the concept of the scene. Since I am now not going to show the male characters faces throughout the video, the concept of the male character watching TV with the female antagonist as her lover, sort of isn't very clear. This is why the footage will now be deleted because my concept is already disorientated in it's portrayal due to the fact I am trying to explore the disorder that is schizophrenia. To then add another unclear flashback I feel would just confuse my audience for the wrong reasons and the lack of impact from the dark lighting does not entice my audience any further. I have attempted editing the footage to improve the lighting however I feel it looks too pixelated and takes away the quality that the camera originally captured the footage on. This would make the footage too different from the rest of the quality of the film and I want my film to have continuity and clarity. 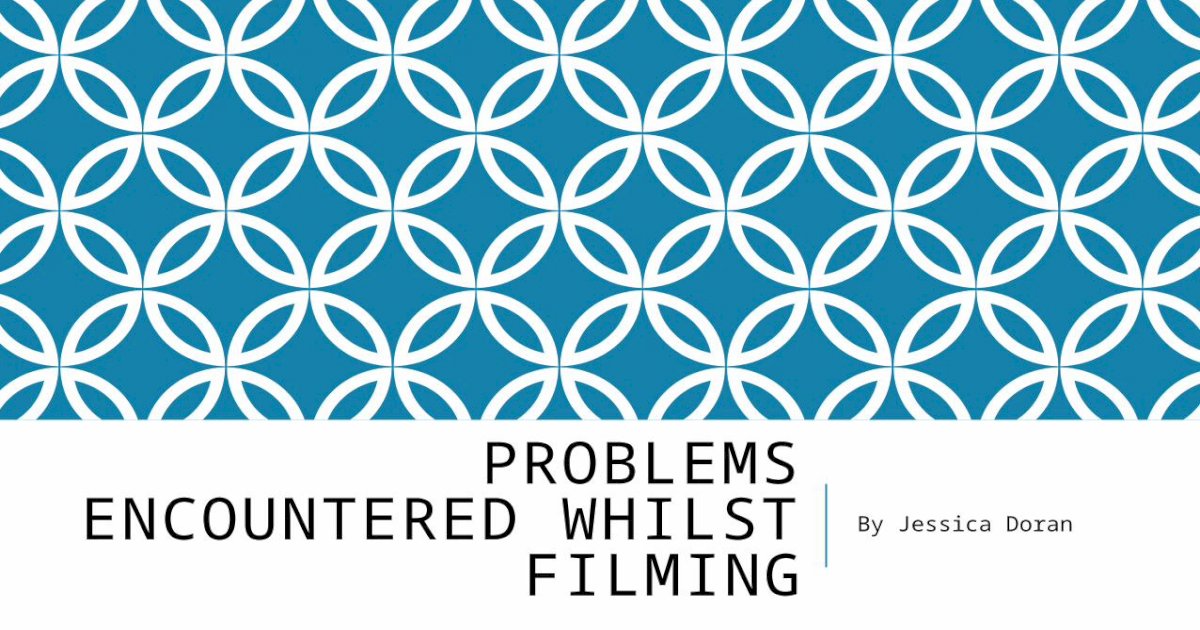 Filming Schedules and Evidence of Filming