DownloadReport this document
Share this document with a friend
Description:
POP ART. This Pop Art image was a ppropriated from comic b ooks of the time. The dotted effect, called ‘Benday dots’, w ere part of the printing process of cheap comics, and the effect was recreated by Lichtenstein on t he painting. - PowerPoint PPT Presentation
Transcript:

Roy Lichtenstein, (U.S.1923-1997) Crying Girl, 1964, Crying Girl, 1964Enamel on steel, 117 x 117 cm) This Pop Art image wasappropriated from comicbooks of the time. The dotted effect, called Benday dots,were part of the printing process of cheap comics, and the effect was recreated by Lichtenstein onthe painting.POP ARTLichtenstein started using oil paint on canvas in a traditional manner to create these appropriations of comic books, but ended up using industrial processes to create his work, e.g. printmaking which enabled multiples of images to be created, then some editions were sent to factories to be industrially spray-painted. tHis process, like Duchamps, challenges the idea of the original hand of the artist1The 1950s and 60s saw a great increase in mass-produced goods, wealth, power and industrialisation throughout the Western world. Through the 60s and 70s there were also many social justice issues that were being talked about.

But at the same time, other groups, such as Pop Artists were celebrating the turbo-charged modernity of the Western world.

Ed Ruscha, (U.S.b1937) Standard Station, Amarillo Texas 1963, oil on canvas, 162 x 303cmPop art reflected back the mad mad world of consumerism the disposable; the new; the flashy; the cheap. It celebrated it, rather than criticising it as much postmodern art does today. However in celebrating it, it also invited the audience tothink about what is art?Standard is a brand of petrol.

We have talked about this period of the 20th century before. Issues such as: race; Feminism; Colonialism; the peace movement (especially the Vietnam war); Green movements all became more vocal at this time. These groups questioned what was happening throughout society.

What kind of world is Ruscha representing here, with this image?

Note the heroic perspective and the extreme foreshortening.

Also the very smooth approachno trace of human hand, or very little. This is typical of Pop Art. Ruscha had a background in signwriting and graphic design. He was used to creating things for commercial purposes, and brought these ideas into fine art.

Use of text. What does this text say? Standard is the name of a petrol company. However using this word standard when hes depicting the petrol station as though its something amazing like a space ship, causes a contradiction that is unsettling.

Ruscha was interested in creating art from his surroundings; from contemporary culture of the time. In this way he was just like another group weve looked at the Impressionists.

We may remember that Degas and Manet were interested in describing their contemporary world, also.

He created many versions of this petrol station, with screen printing techniques. Note here he uses a traditional medium though. 2

Claude Monet (Fr. 1840-1926) , Woman with a parasol, 1875, 100 x 81cm These guys Degas the Realist were interested in their own contemporary culture too. And they celebrated it. Degas showed people working, even though they were beautiful.

Ed Ruscha (U.S. b.1937)Hey with curled edge, c. 1964Ink and powdered graphite on paper, 29 x 31cmWhat do we see here? A drawing on paper of a drawing on paper with a word on it, addressingwho? Presumably, the viewer.

Where have we seen the use of text before? Early in the 20th century, with Cubist collages; and also with the typography of Dada.

We have also seen text used with the art of Feminist artist Barbara Kruger. She came later than the Pop Art movement.

What is this artwork doing? Its using the same technique as advertising. Its trying to get your attention, with really nothing to say.

Use of typography in new and puzzling ways: Kurt Schwitters & Theo von Doesburg, Small Dada Soiree, lithograph, 1923. This was an poster advertising a Dada art event.

What was the meaning behind the use of text here? For Dada, it was playing with typography in unexpected ways, non-art ways. With Picasso and Braque, it was partaking of modern, contemporary life, like the Impressionists. Like Degas, like Manet.

What was the meaning behind using text in this image? It was addressed to the audience, like Ruscha. However it was an accusation. It was being said by the sculpture, and getting the viewer to consider the way we look at women as objects rather than as human beings, especially in traditional art with the female nude.

Hes made it into a movie logo, like Fox or . How has he done this? By creating this landscape, a Romantic sunset with tonal contrast and the sign much bigger than it is in reality, totally dwarfing the landscape. So again hes manipulated perspective etc

It is a symbol of Los Angeles, the film industryglamour, fame, celebrity. All this celebrity culture was around him.8

The form of presentation, and the scale, ends up confusing us a bit. This is one of those nonsense words from comics. It has no deep, great meaning. Its now on a painting in a gallery. WTF?

We start to consider the colour; the effect; the relative negative space around the silly word.9Pop art was art of the everyday, and looked outwards to the advertising signs, posters, comics on the street and in magazines and movies. It deliberately created art out of stuff that wouldnt normally be in a Gallery, but for sale on the street. It was also an art that tended to be associated with the young and groovy, so that was attractive. However it also could be confronting, as youth was associated with the anti-war protests, rock music and the rising drug culture. Andy Warhol (US, 1928-1987) Campbells Soup cans, oil on 32 canvases, each canvas 50 x 40cm. Originally exhibited with each separate canvas resting on a shelf. Warhol moved to silk screen printing in the early sixties. This acted to further depersonalise the works.

Warhol started his working life as a commercial artist, creating images for magazines etc. He was very well regarded in this field as a young man and became well known.

I call these images depersonalised. I mean that the artists hand cannot be really seenthere is no emotional expression in this images. We learn nothing of the artist from these. He is just reflecting what is going on in his world. How is this different from the Ab. Ex. Work seen last session?

THERE IS NOTHING ORIGINAL. There is nothing personal.

10Warhol: the reason Im painting this way is because I want to be a machine I think it would be terrific if everyone was alike (Swanson, 1963) If you want to know all about Andy Warhol, just look at the surfaces of my paintings and films and me, and there I am. Theres nothing behind it (Warhol, 1968)

Warhol, Untitled, from Marilyn Monroe series, Series of 10 screenprints, 91 x 91cm, 1967Warhol was deliberately vulgar and deliberately (but only selectively) anti-original. He used assistants for his work, incorporating their mistakes etc. that occurred, as with the image below. Ironically, his talk about not being original and about everyone being the same, was a sensation in itself, a kind of scandal. A celebrity cult grew up around him and his work.

As with the actress Elizabeth Taylor, Warhol Created many images of the famous Monroe, who had died a few years previously.

He played to the media in a very knowing way, which was a new but developing thing at the time. 11

Warhol, Big Electric Chair, screenprint, one of series, 1967Warhol was obsessed his whole life with news and celebrity. This is much more common now But in the 60s this was just beginning. This image of an electric chair (which was used to execute prisoners in New York) was published in a newspaper after the execution of some famouscriminals. Much of Warhols imagery was concerned with death. How has he treated theSubject in this work?

12Q: Ricky Swallow is a contemporary Australian artist. In 2001, he usedcomputer-aided design to create the iMan Prototype body of work.Use the postmodern frame to analyse Plates 3 and 4. Refer to Plate 5 in yourresponse.

What is the question asking? Get the keywords and instructions straight.

Analyse pull apart and discuss.use the postmodern frame this involves challenges to regulations; traditions; and history. Also often humour; appropriation; parody; irony is used.Refer to plate 5 in your response (as well as analysing plate 3 & 4.)

What do we see ? A series of 4 identical objects. They are made of resin, (a contemporary material) and in the shape of skulls. The only difference between them is their various bright colours. Looking at plate 5,its a new design of computer by apple, called an iMac. It appears to be roughly the same shape and colour as the skulls. 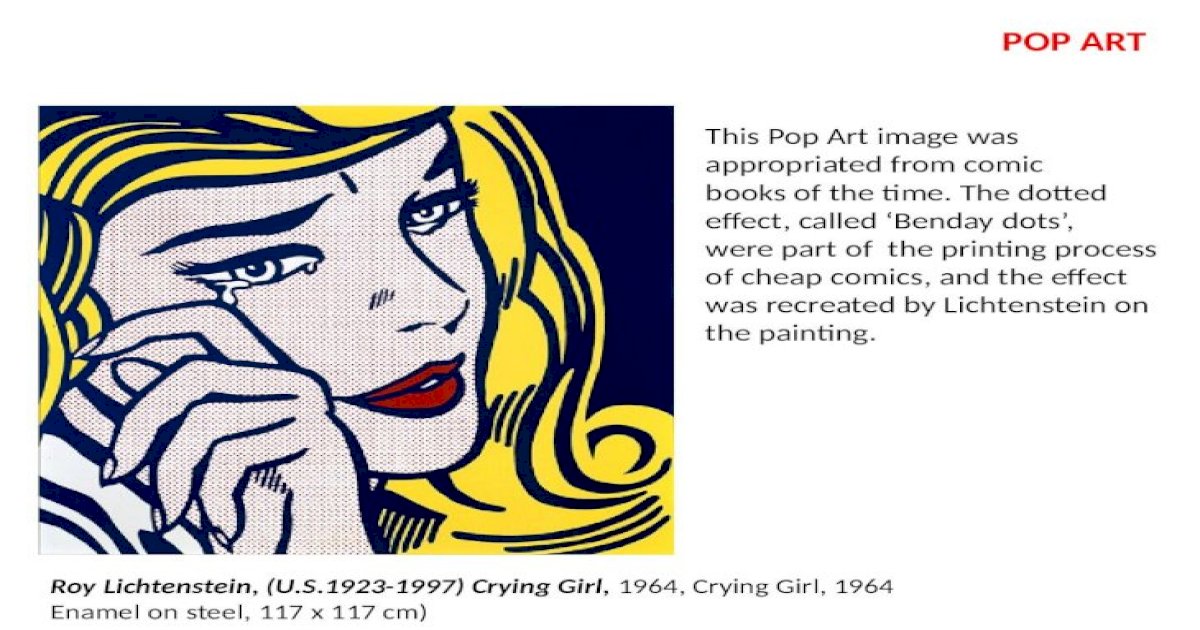 Reasons My Student is Crying

i saw her crying

Girl, Wash Your Face? What Rachel Hollis Gets Right and Wrong · PDF file funny, and a crazy good writer. The girl can tell a story that will have you crying one minute and shooting