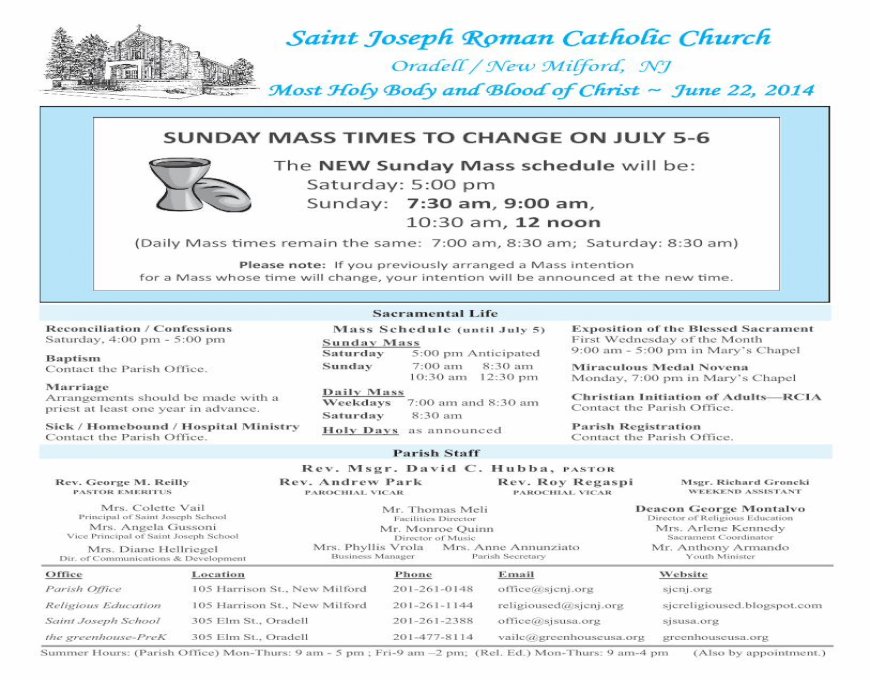 Saint ... Joseph Church in your name. Y A A ! SAINT JOSEPH CHURCH ORADELL/NEW MILFORD, NJ YOUR DONATION MEANS SO MUH You have plenty of time to still include Saint Joseph Parish on

Saint Joseph Oradell / New Milford, Roman Catholic ... And the Jesuit scholar James Schall noted very aptly that The center of this Pope’s life is Jesus Christ. It is a center from