2. Data Source: The Economist 3. 1. Sense of inequality felt by general public. 2. Huge age gap between the citizens and politicians create a generation gap. 3. Clash of old and new mentality. 4. Less participation of youth in politics. 5. Lack of new and innovative ideology. 4. 1. National leaders often nominate their name on two constituencies . 2. In case they win in both constituencies they have to give up one. 3. Narendra Modi, a national leader has nominated his name on two constituencies. 4. Deserving regional candidates lose out to national leaders. 5. 1. To increase the number of seats for the political party. 2. Fear of loss. 3. To promote family members or friends(in case of Mulayam Singh Yadav). 6. 1. A shocking 100% of Indian MPs under the age of 30 are hereditary. 2. Two-thirds of Indian MPs under the age of 40 are from political families. 3. Less than 10% of MPs over the age of 70 are hereditary. 4. People in power promotes family members and friends. 5. People with lack of talent or merit also get involved. 6. Reduces the opportunity for common citizen. 7. Gives a sense of inequality. 7. Source : India a Portrait 8. 1. The term was coined when Gaya Lal a Member of the Legislative Assembly from Haryana in 1967 changed party thrice in a fortnight. 2. Politicians often leave current parties for pastures new. 3. Causes instability and raises a sense of lack of loyalty. 9. 1. In 2009 polls, no party could get majority in the 90-member assembly. Both Congress and Indian National Lok Dal (INLD) were trying to form the government. At this juncture, five MLAs of Haryana Janhit Congress MLAs -- Satpal Sangwan, Vinod Bhayana, Rao Narender Singh, Zile Ram Sharma and Dharam Singh -- had joined the Congress party. Now, two of them are ministers while one is chief parliamentary secretary in the Bhupinder Singh Hooda-led government. 2. Bhajan Lal played another political stunt that remains unparalleled till day. He left the Janata Party along with 37 legislators to join the Congress, to become the chief minister of the state in 1980. Then, it was his name that became synonymous with the 'Aaya Ram Gaya Ram' syndrome. 10. 1. Often used as a tool of popularity to gain voters. 2. Candidates are chosen solely on the basis of popularity instead of merit. 3. Unfit characters also gain power. 4. Harms the chances of able leaders. 11. 1. Shabana Azmi (MP) 2. Amitabh Bachchan (Ex-MP) 3. Jaya Bachchan (MP) 4. Jayalalithaa Jayaram (Chief Minister of Tamil Nadu) 5. Late M.G. Ramachandran (Ex-Chief Minister of Tamil Nadu) 6. Late N. T. Rama Rao (Ex-Chief Minister of Andhra Pradesh) 7. Dharmendra (MP) 8. Hema Malini (MP) 9. Jayaprada (MP) 10. Mohan Babu (Ex-MP) 11. Babu Mohan (Ex-MLA) 12. Govinda (MP) 13. Shatrughan Sinha (MP) 14. Vinod Khanna (MP) 12. The important identity of a responsible media is playing an unbiased role in reporting a matter without giving unnecessary hype to attract the attention of the gullible public with the object of making money and money only. After reporting properly the media can educate the public to form their own opinion in the matters of public interest. The media can highlight the short-comings of the official machinery in its functioning, bringing out the sufferings of the public in general. As political parties start media for themselves and utilise it for their own selfish ends, the role of the media is very much narrowed. During elections ,in democracy the media is an effective tool for getting the public opinion in its favour. 13. 1.The Economist. 2.India a Portrait. 3.Political Journal. 4.Census of India. 14. We would like to thank Mrs. Parul Mehra, Course Coordinator & Asst. Professor and Mrs. Priyanka Gandhi (BJMC) for providing us with their valuable guidance which helped us in completion of this presentation. 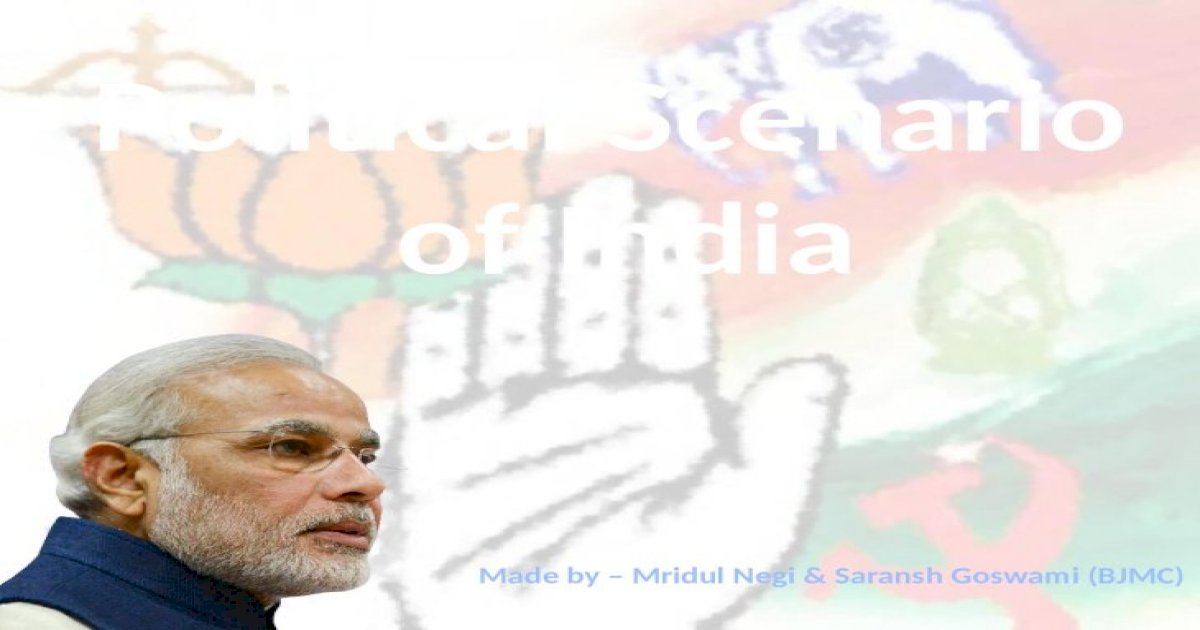