MissionStrike Warfare is the use of tactical aircraft and/or cruise missiles against land targets in an offensive power projection role.

Purpose of Strike WarfareStrike warfare gives the US Navy an offensive power projection capability that can be used either by itself or in combination with expeditionary forces.Suppression of Enemy Air Defenses (SEAD) The objective of this type of operation is to neutralize enemy anti-aircraft abilities to allow general air superiority over a target areaBasic Overview of Strike OptionsNaval Surface Fire Support (NSFS) NSFS is conducted in association with expeditionary warfare and comprises all methods of attacking shore targets with surface ship weapons systems.Tactical Aircraft (TACAIR) Aircraft that can be fitted to serve in an attack role. The F/A-18 C/D and E/F are all capable of conducting any type of strike mission, and can carry most munitions listed below.

Standoff Land Attack Missile, Extended Range (SLAM-ER) This weapon was developed from the Harpoon anti-shipping missile and is intended for use on land targets.

Joint Stand-Off Weapon (JSOW) JSOW is a glide weapon that uses GPS satellite information for guidance. Effective against both land and sea targets in any daylight and weather conditions.

Laser Guided Bombs (LGB) LGBS have a laser seeker that guides the bomb onto its target.

Joint Direct Attack Munition (JDAM) JDAM is a kit that is installed in bombs in the existing inventory. It uses a GPS/INS guidance system. It also has the ability to attack point targets in bath weather.

Types of WarheadGeneral Purpose Bombs GP bombs are the most basic, inexpensive type of ordnance used in strike warfare.

Retarded General Purpose Bombs High drag general purpose bombs are similar to the Slick iron bombs with one extra feature. Attached to the bomb is a high-drag tail assembly that decreases the speed of the bomb when it is dropped which allows the dropping aircraft to escape the blast are when flying at a low altitude.

Cluster Bombs Bombs that are free-fall bombs that deploy multiple bomblets on a target area. When the bomb is dropped on a target, it breaks open and releases many smaller bomblets. Fuel Air Explosive Bombs When these bombs are dropped they release gases into the atmosphere, which creates a highly explosive mixture. A fuse ignites the gases causing the contaminated air to burn.Penetrator Bombs Bombs are designed for hardened or subterranean targets.

Tomahawk Land-Attack Missile (TLAM) Long range cruise missile that the navy developed for both surface and submarine launch against land targets. It can be launched from the Mk-41 VLS launcher, torpedo tubes, or specially designed vertical launch tubes. 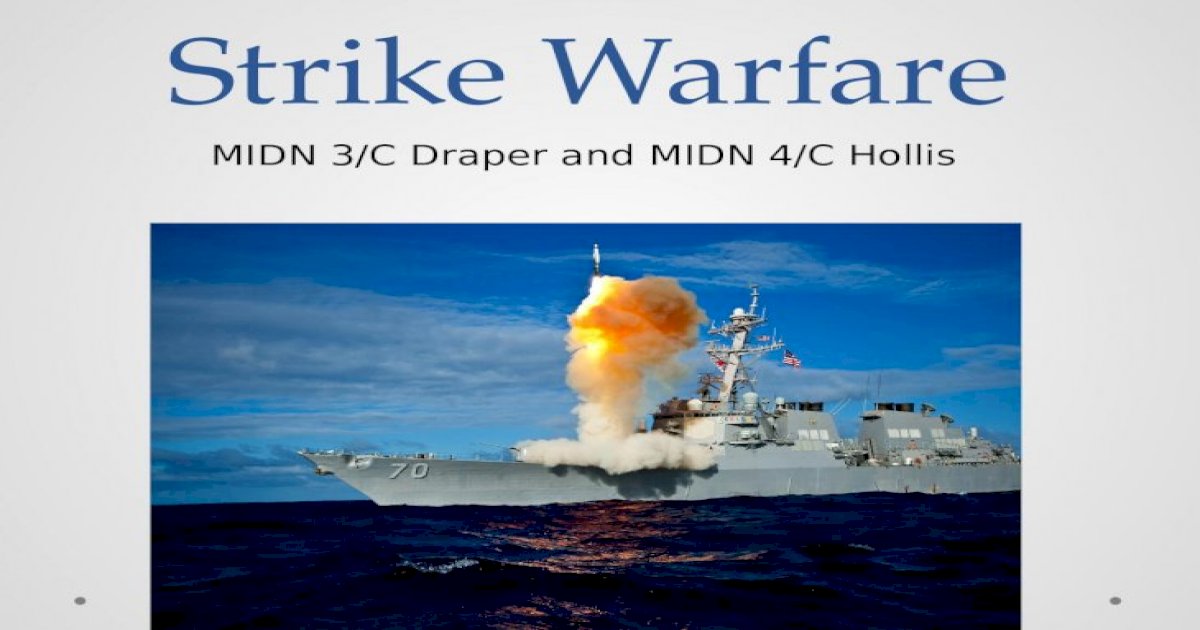 Cyber Capabilities for Global Strike in 2035 · PDF file to strengthen its cyberspace warfare capabilities. This portends a growing role for cyber in many Air Force functions. This