If you want a fight, you will have it. This time to the FINISHExplain this cartoon. It works on MANY levels. A double ultimatum:

Brits demand full voting rights (the outnumbered the Boers at this point);

Boers countered with a demand that all British military leave immediately. The British didnt, and Boers declared war!

A small Paul Kruger, President of the South African Republic, as David about to be bludgeoned by a British general as Goliath. Gold mines in the background. French postcard500,000 GB & colonial troops vs. 85,000 Boer soldiersExplain this French postcard.

Whats happening in the German cartoon? What does it tell you about the view of the Boer War?

Phase 1: Boer Offensive This is a German political cartoon from the earliest stage of the Boer war. What does it show? Why would the Germans take such pleasure in this scene?

President Kruger is received in Paris by the French President.

What message does this sort of diplomatic move send?Use of irregular tactics

What does this cartoon tell you about British attitudes towards the war? What are the competing ideologies?

One British response to the guerrilla war was a 'scorched earth' policy. Here, Boer civilians watch their house as it is burned

What does this French depiction of a concentration camp tell you?

After the war, the British formally annexed the two Boer Republics; this is a German cartoon depicting that event. What was the German attitude and why? Results: Transvaal & Orange Free State formally annexed with promise of independence Granted in 1906, creation of South African Republic

Demonstrated the excess of imperialism; first major war of Christian v. Christian since the Crimean War- attitudes about war & empire had changed

Parliament noticed how unhealthy its population was 80% of men deemed unfit for duty! ***see below*** 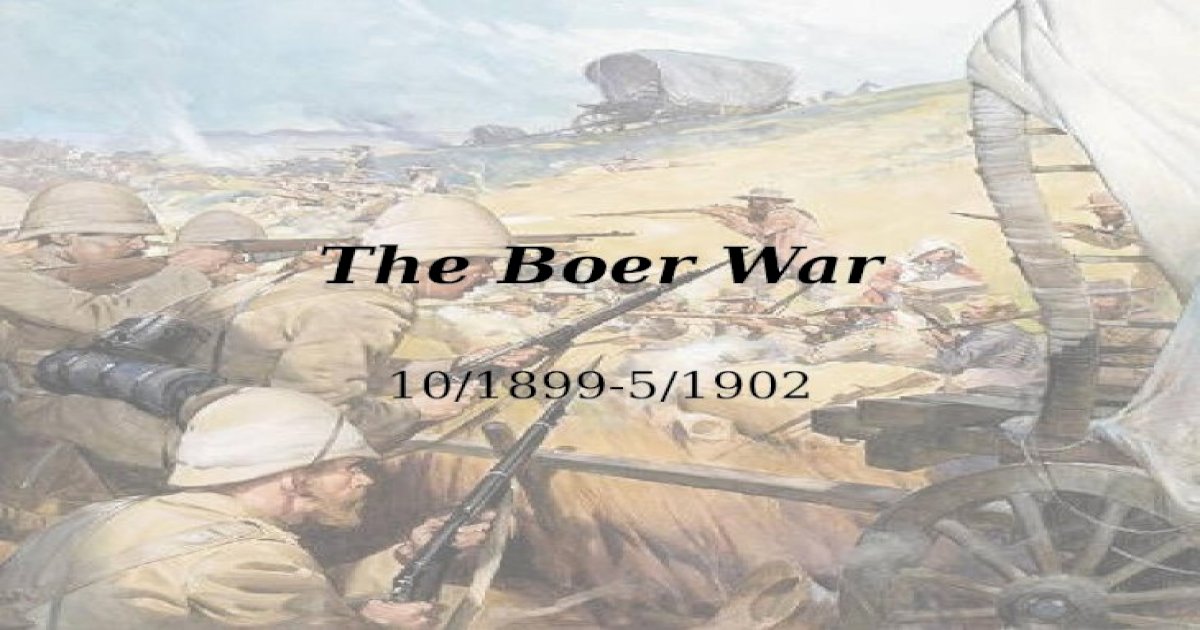 THE ANGLO-BOER WAR IN THE BORDERLANDS OF THE TRANSVAAL AND

Boer War Association Queensland · PDF file The Boer War was a tragic example of asymmetric war-fare, with the Boers numbering some 88,000 men, almost all of them farmers in uniform;

Letters From the First Boer War

The Working Classes Rowntree and Booth The Boer War

ANZAC-15 Australia in the Second Anglo-Boer · PDF fileits involvement in World War 1. ... exist in the first Boer War where the British ... in. Australia sent one light cavalry sub-unit,

The First Boer War Vs. The Revolutionary War. Meet The Tyrant The Boer War The British empire was in power in many of the Southern states in Africa, including