As transparent as possible

Questionnaire DevelopmentAfter a theme is arrived at, attention turns to developing the questionnaire for it.

Subcommittees formed to pursue the new theme(s) and improvements to past questionsSubcommittees return to proposers for revisions to their original proposalsDraft questionnaire producedPlanning Committee discussion, revisionRepeat as necessary

Questionnaire FinalizationAfter having received extensive feedback, the questionnaire can now be finalized.

Making decisions with imperfect information More testing in more contexts would always be better, but relies on volunteers who...Have an election coming up (optimally)Have a funded survey with available spaceCan produce reports in a timely fashion Eventually decisions must be finalized

Collective ChallengesA lot of countries are involved Cross-national and cross-cultural applicability and equivalence Accommodating the variety of institutional arrangements in the many countries Difficult to predict or account for all situations, even with broad cross-national participation in the process

Where to go from here

Where to go from hereA formal post-process evaluation Weve done this a number of times now What worked well, what didnt Consider improvements Formalize and document process for next time

Learning from the approaches of other cross-national studies

Thank you for your time!

To learn more about CSES, or to download data:www.cses.org

...or email your questions to:[email protected] 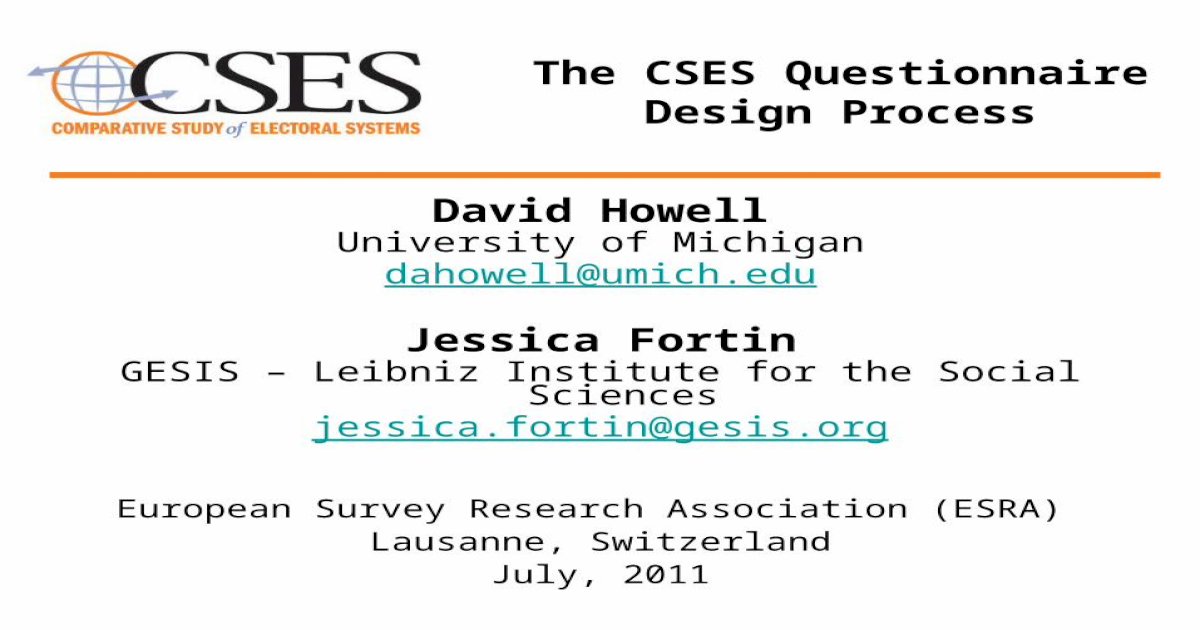 TEDS2012 Questionnaire - cses.· information or alerts from a party or candidate? CSES ... acquaintance