The Dawn of Commercial Digital Recording

DownloadReport this document
Share this document with a friend
Description:
An article from the ARSC Journal written by Thomas Fine in 2008 documenting the history and beginnings for digital audio technology in commercial recording.
Transcript:
Popular Tags: 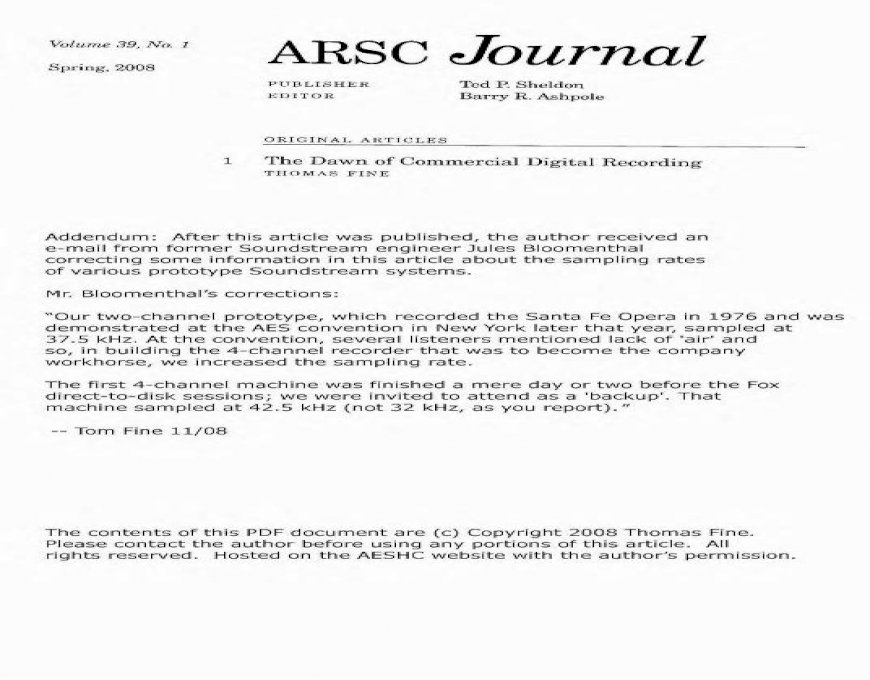 Indoor/Outdoor Modular Solution for Commercial dusk to dawn controls, the AR is hands down the leader

Digex â€“ At the dawn of the commercial Internet