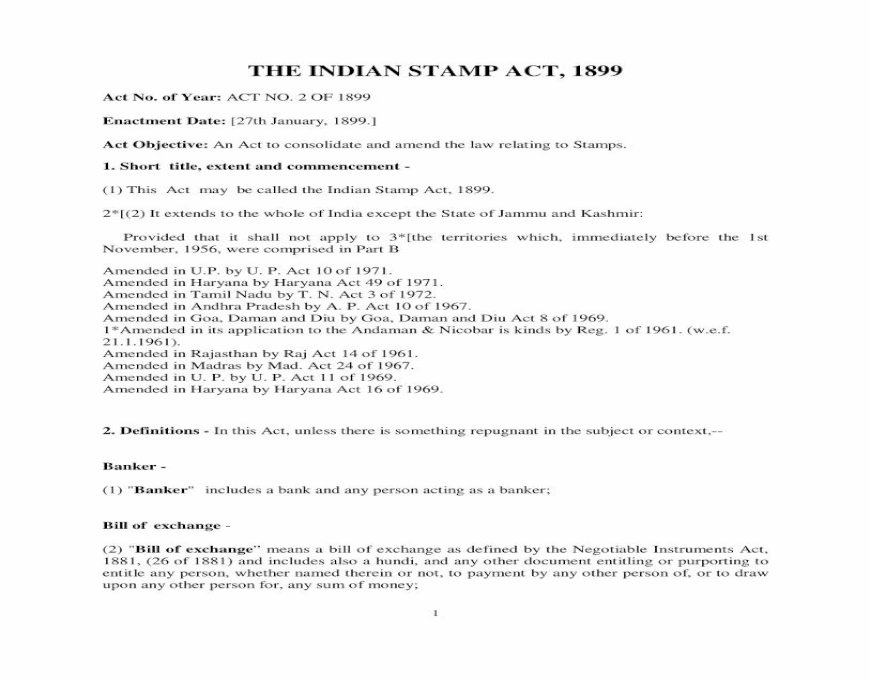 The Indian Stamp Act, 1899 The Act levies Stamp duty on the instruments which mostly and practically