DetailsMayflower Compact 1620-signed by Pilgrims- promised to follow laws and rules for good of the colony. Basis for our government.Salem Witch Trials 1692

Details*William Penn established Pennsylvania as a Holy ExperimentHe sais any government is free to the people under it where the laws rule (and the people have decided on those laws!New York was originally a Dutch colony until the British took it away. 1st diverse colony in New World

Reasons settledMercantilism a countrys power depends on its wealth; profit from tradeGeorgia founded as a colony for debtorsClimatewarm, damp, humid weatherlong growing season

DetailsJamestown survived because of tobacco and the arrival of women. Originally all male colony searching for goldHouse of Burgesses 1st representative form of government in New World.Slaves 1st brought to America to work tobacco plantations in southern colonies.Triangular Trade Route 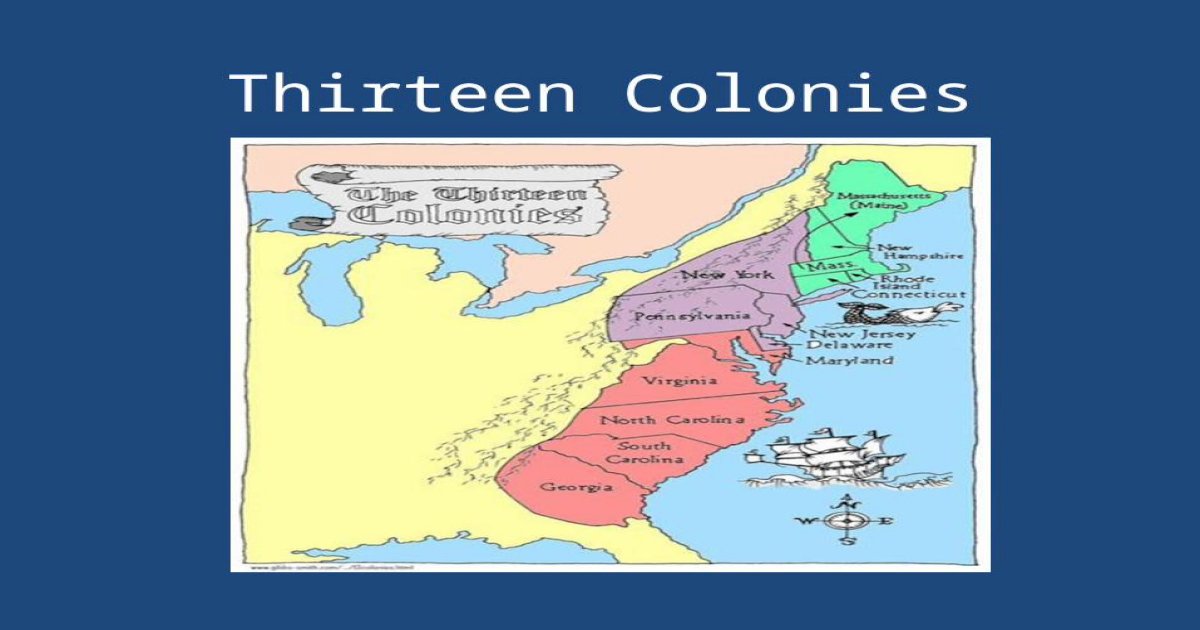