Music Selling Script : Clone of Spotify/SoundCloudThis script lets you run a website like soundcloud or spotify. This script can sell music and hence it is an ever green kinda solution you can look for as your online business. Inout Music is our clone which comes in various editions, as well as its mobile apps.

Vacation & Space Rental Script - Airbnb CloneIts now a hobby that people visit places around the globe. This very habit made Airbnb think their venture on Bed&Bread-In-Air concept which is indeed a great success. So is its clone scripts which are again a very successful venture to start. Inout EasyRooms is our given name this venture.

Ad Serving Script - Clone of Adwords/AdRollGoogle Adsense or Google Adwords are definitely the parent for Ad Serving scripts. Inout Adserver Script is one of our most selling script as it is rich enough to compete on Advertising solution. Publisher and advertiser can register and see how it works. This script plays a major role on boosting local business so is its demand, we see.

This is again an advertising solution. The traditional way of marketing which was ever since and which is now too an effective mechanism. Sending bulk emails to your targeted audience is an easy practice with Email Marketing. Inout Email Marketer is the clone name which comes in 3 editions. 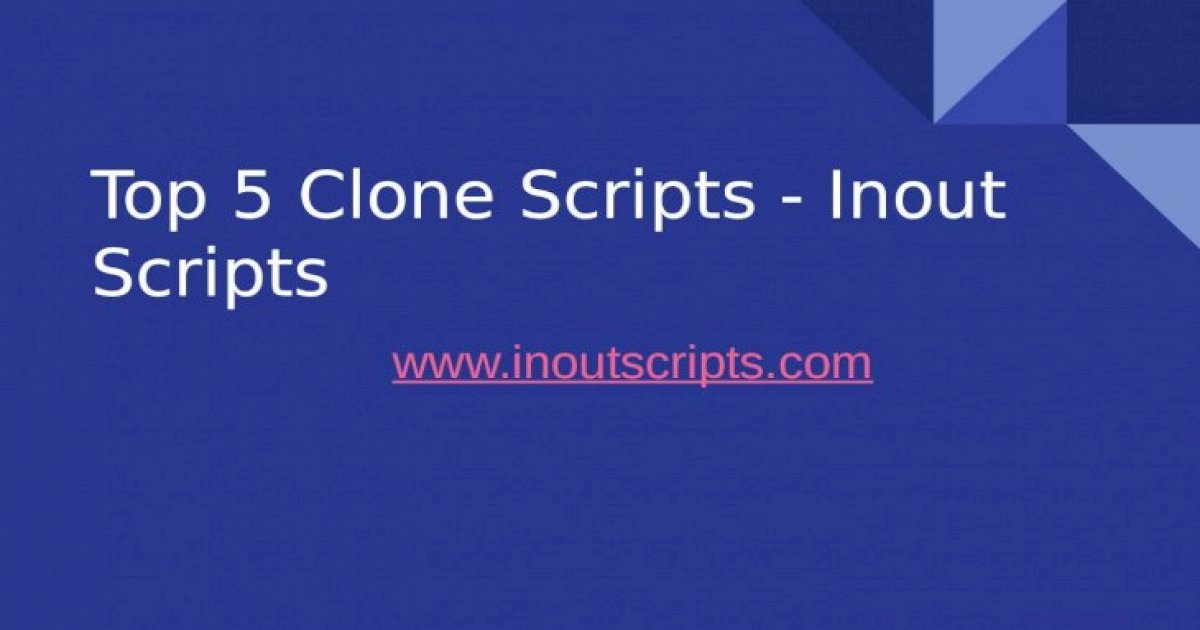 STN INOUT · PDF file 2019-07-10 · thanks to their non-slip properties and high breaking load. The collection includes tiles with an INOUT smooth-feeling non-slip finish. With 2OUT,

Human Cloning: To Clone Or Not To Clone

What is Softaculous Auto Installer · PDF file PHP, PERL and JavaScripts which include popular scripts like WordPress, Joomla, Drupal, Magento and many more. ... Clone Clone helps