Introduction to a beautiful collaboration

RNP has greatly improved the quality and capacity of its national

and access networks, and its international links to the rest of the

This has permitted the participation of Brazilian institutions in large-

where 8K video was demonstrated and plans were discussed for its

use for coverage of the 2012 Summer Olympic Games in London,

to be edited locally and transmitted to Japan using international

It occurred to us then that natural candidates for successor 8K

media projects might well include the 2014 FIFA World Cup and

The cable route between Brazil and Japan is much

longer than the geodesic distance, rather more than

Mar/2013 Visit to RNP by NTT for technical evaluation

for PV (Public Viewing) in Rio and Japan

transmitted to IBC in

Good collaboration between all partners

RNP, also based in Rio.

Research), which provided the major PV

8K Super Hi-Vision (SHV) and its production in sports

Introduction to a beautiful collaboration 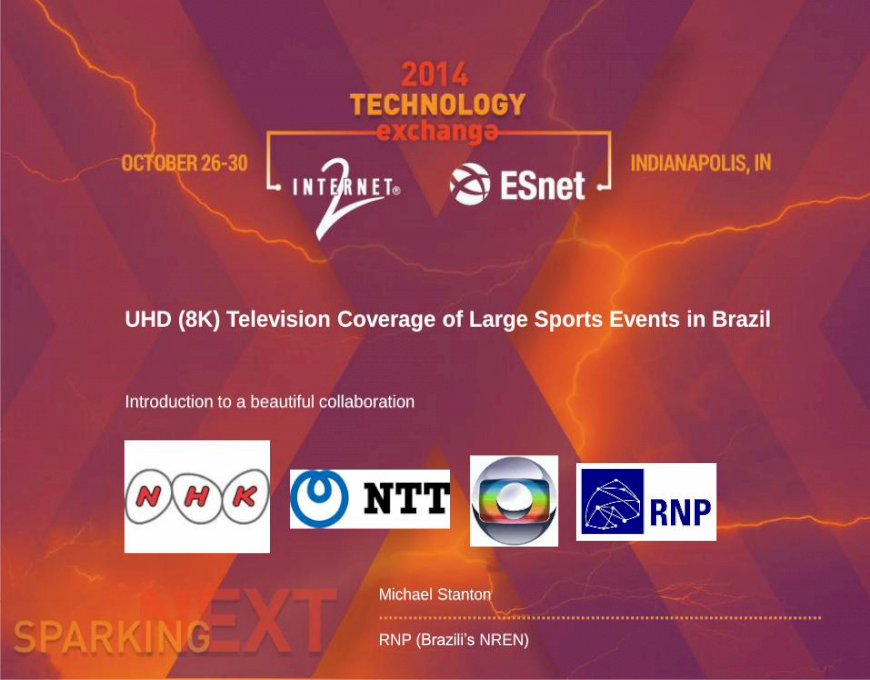