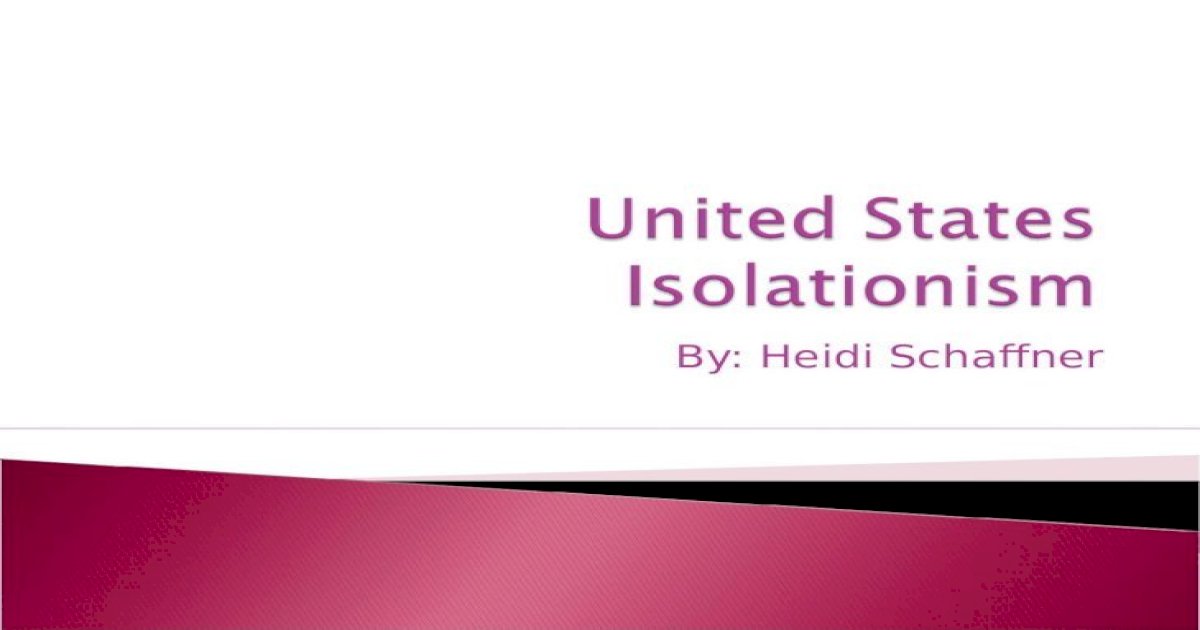 Chapter 24 & 25 â€“ World War II What is isolationism? isolationism : a policy of minding your own business Why would the United States have supported this

Isolationism The United States, 1921-1939. The End of Reform The 1920 presidential election demonstrated that the public had become tired of reform movements

An Overview of United States Foreign Policies, 1796 â€“ the Present The Myth of Isolationism, Intervention, and Imperial Conquest

Unit 3: World War I. I. Waging Neutrality A. American isolationism: 1. United States had no vital interest in the war & would not become involved. 2