A.M.VigneshThis new world of geographical togetherness has been brought about, to a great extent, by man's scientific and technological genius. Man has been able to dwarf distance, place time in chains and carve highways through the stratosphere. Through our scientific genius, we have made the world a neighborhood

When people from different locations wish to conduct a meeting, Video Conference facility provides a virtual feel as if all participants were physically there in one room. Through Video Conference people from any where can join in the meeting electronically. They can see each other, converse with each other, share power point presentations, share documents during the meeting, and have access to white board facility to aid the presenter to clarify any doubts the participants may have. Video conferencing feature permits exchange of Video and Audio between the participants in One-to-Many configuration. All participants can see the video image of the Presenter alongside his own (local) video.

Videoconferencing is an interactive method of communication. It can substitute for the actual physical presence of remote participants. This reduces travel costs as well as travel time and makes meeting attendance more convenient. Videoconferencing provides remote participants with much of the face-to-face familiarity that comes with physical presence.

Video conferencing in its most basic form is the transmission of image and speech, back and forth between two or more physically separate locations (Imagine a telephone call where you can see the speaker or a television through which you can talk). Two-way can be just sound or sound and images (moving images). Cameras simultaneously swap live pictures between the TV screens in each location. Cameras can be set to show the whole room zoom in on one person or focus on a whiteboard/overhead projector or a special document camera can be set up to send shots of papers, graphs or overheads. You can view pictures you are sending at the same time using the picture in picture function on the screen. Videotaping of the entire meeting is also available if taping is required. Three or more locations can be connected using multi point Videoconferencing.

These possibilities offer new opportunities for schools and adult education institutions, especially in the field of international contacts and distance learning.

At this stage videoconferencing is mostly used in higher education and for distance learning. The medium offers however also a lot opportunities for adult education, particularly when they are involved in international partnerships.

Until now videoconferencing is sometimes considered to be rather impractical because of high costs for hardware and communication, the limited quality of the images, a reduced contact with the audience in the remote locations(s) and the technical threshold for the user. However the hardware costs are dropping rapidly and the compression techniques are getting better. The user friendliness of the system is also increasing and the evolutions in the transmission of data (e.g. ISDN standard, IP) and the bandwidth of carriers are very promising for the future. In the light of these evolutions adult education institutions might reconsider the use of videoconferencing.

Pedagogically, a videoconferencing session should only be undertaken if there is an underpinning educational reason for doing so. Educators should not be driven by the excitement of the technology and the fact that communication in vision and sound can actually take place electronically. Where there is no plan, no content and a thin understanding of the technology there will be little benefit to staff and student alike.

Videoconferencing is expensive and most institutions are not in a position for buying such a system. Therefore it can be useful to find out whether or not there are institutions in your region (colleges, universities, private companies) with a videoconference system and willing to let you use it for a fair price.

Simple analog videoconferences could be established as early as the invention of thetelevision. Such videoconferencing systems usually consisted of twoclosed-circuit televisionsystems connected viacoax cableorradio. An example of that was theGerman Reich Postzentralamt (Post Office) networkset up in Berlin and several other cities from 1936 to 1940.

During the first mannedspace flights,NASAused two radiofrequency (UHForVHF) links, one in each direction. TV channels routinely use this kind of videoconferencing when reporting from distant locations, for instance. Then mobile links tosatellitesusing specially equipped trucks became rather common.

This technique was very expensive, though, and could not be used for applications such astelemedicine,distance education, and business meetings. Attempts at using normaltelephonynetworks to transmit slow-scan video, such as the first systems developed byAT&T, failed mostly due to the poor picture quality and the lack of efficient videocompressiontechniques. The greater 1MHzbandwidthand 6 Mbit/sbit rateofPicture-phonein the 1970s also did not cause the service to prosper.

It was only in the 1980s thatdigital telephonytransmission networks became possible, such asISDN, assuring a minimumbit rate(usually 128 kilobits/s) for compressed video and audio transmission. During this time, there was also research into other forms of digital video and audio communication. Many of these technologies, such as theMedia space, are not as widely used today as videoconferencing but were still an important area of research.The first dedicated systems started to appear in the market as ISDN networks were expanding throughout the world. One of the first commercial Videoconferencing systems sold to companies came fromPicture-Tel Corp., which had an Initial Public Offeringin November, 1984.

From 1984 to 1989, Concept Communication, Inc. of the United States replaced the then 100 pound, US$100,000 computers necessary for teleconferencing with a patented, $12,000circuit boardwhich doubled the videoframe ratefrom 15 frames per second to 30 frames per second, and which was reduced in size to a circuit board that fit into standardpersonal computers.The company's founder,William J. Tobinalso secured a patent for acodecfor full-motion videoconferencing, first demonstrated atAT&T Bell Labsin 1986.

Videoconferencing systems throughout the 1990s rapidly evolved from very expensive proprietary equipment, software and network requirements to standards based technology that is readily available to the general public at a reasonable cost.

While videoconferencing technology was initially used primarily within internal corporate communication networks, one of the first community service usages of the technology started in 1992 through a unique partnership with Picture-Tel and IBM Corporations which at the time were promoting a jointly developed desktop based videoconferencing product known as the PCS/1. Over the next 15 years,Project DIANE(Diversified Information and Assistance Network) grew to utilize a variety of videoconferencing platforms to create a multistate cooperative public service and distance education network consisting of several hundred schools, neighborhood centers, libraries, science museums, zoos and parks, public assistance centers, and other community oriented organizations.

In the 2000s, video telephony was popularized via free Internet services such asSkypeandiChat, web plugins and on-line telecommunication programs which promoted low cost, albeit low-quality, video conferencing to virtually every location with an Internet connection.

Recent technological developments byLibrestreamhave extended the capabilities of video conferencing systems beyond the boardroom for use withhand-held mobile devicesthat combine the use of video, audio and on-screen drawing capabilities broadcasting in real-time over secure networks, independent of location.Mobile collaborationsystems allow multiple people in previously unreachable locations, such as workers on an off-shore oil rig, the ability to view and discuss issues with colleagues thousands of miles away.

Figure: TheTandberg E20is an example of aSIP-only device. Such devices need to route calls through a Video Communication Server to be able to reachH.323systems, a process known as "i 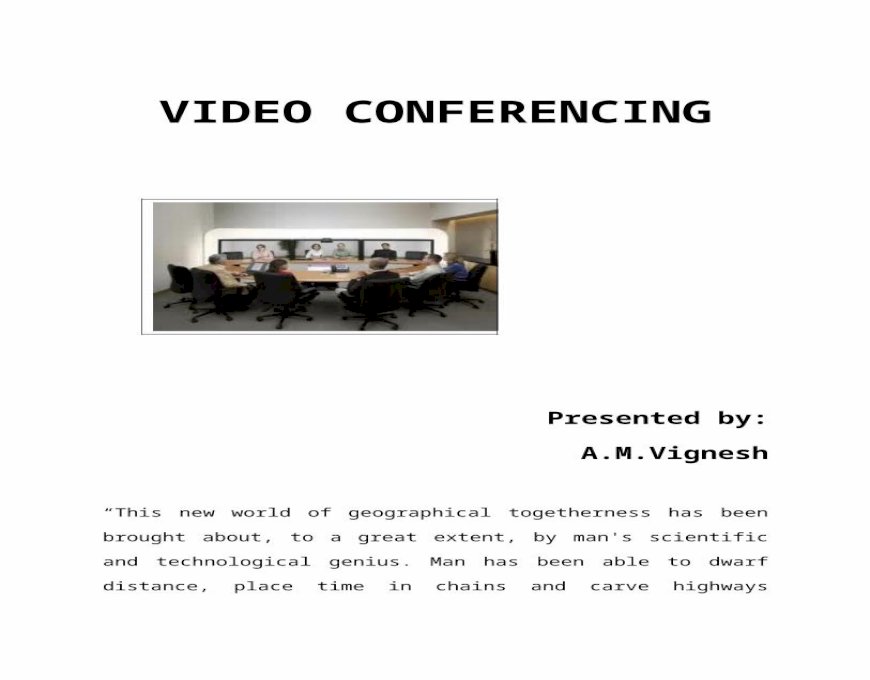