Use the following documents to construct a written response to this question: In what ways did the Versailles Treaty, including the League of Nations, lead to the rise of totalitarianism in Germany, and eventually, World War II?

Explain at least two of the following in your response:

Cite evidence from at least three of the following documents:

On the question of the responsibility of the authors of the war, the Commission, after having examined a number of official documents relating to the origin of the World War, and to the violations of neutrality and of frontiers which accompanied its inception, has determined that the responsibility for it lies wholly upon the Powers which declared war in pursuance of a policy of aggression, the concealment of which gives to the origin of this war the character of a dark conspiracy against the peace of Europe.

This responsibility rests first on Germany and Austria, secondly on Turkey and Bulgaria.  The responsibility is made all the graver by reason of the violation by Germany and Austria of the neutrality of Belgium and Luxemburg, which they themselves had guaranteed.  It is increased, with regard to both France and Serbia, by the violation of their frontiers before the declaration of war.

Report of Commission to Determine War Guilt, 6 May 1919

We would have our country strong to resist a peril from the West, as she has flung back the German menace from the East.  We would not have our politics distracted and embittered by the dissensions of other lands.  We would not have our country's vigor exhausted or her moral force abated, by everlasting meddling and muddling in every quarrel, great and small, which afflicts the world.

Our ideal is to make her ever stronger and better and finer, because in that way alone, as we believe, can she be of the greatest service to the world's peace and to the welfare of mankind.

Henry Cabot Lodge on the League of Nations, 12 August 1919 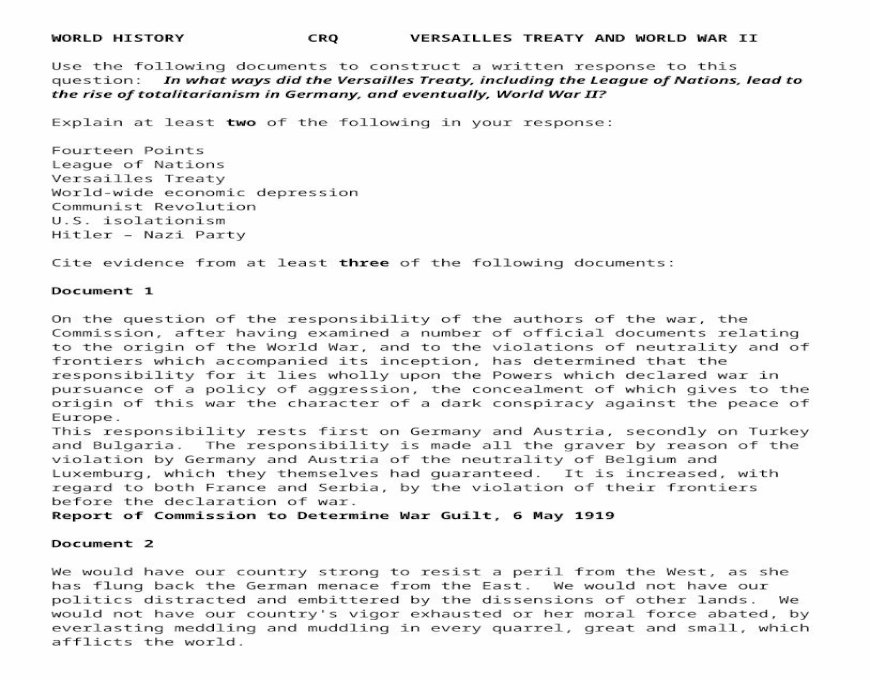 WWI and America: Isolationism and Conflict