Home >Documents >Why did this take place ? To define lust To contrast love and lust To evaluate how lust is damaging...

Why did this take place ? To define lust To contrast love and lust To evaluate how lust is damaging...

Why did this take place ?

Is lust good or bad?

How is love different from lust?Would you accept someones interest if you could see it was just for lust? Why/ why not?**How could you tell if someone loved you or lusted after you?Sexual attraction leads two people to come together in self-giving love, so they become one person to each other, and no longer want to live as two separate individuals. Love makes them want to give up everything for the other person. Sex is the way they show their union as one flesh. It is meant by God to express the love they feel for each other, and the unity between them.

Lust also disrespect the person who is lustful, because they let their lust take over their other feelings of respect or care and this makes them become less than human.

When you give into feelings of sexual desire, they do not burn themselves out after temporary satisfaction, they come back even stronger, so the person eventually becomes controlled by their lusts. They can no longer respect or love another person properly. They will also never be happy or satisfied with any partner, because their lust will make them keep on seeking other partners, and even more extreme sexual thrills.Read the text. What is sex meant to be like? Para.1What is a lustful person like? Para.2Why is being lustful a bad way to be ? Para.3 & 4***What do you think about the way the media and our society encourage lust? Does it make a difference?The soul heated like a burning fire will not be quenched until it is consumed. (Sir 23:16-19)(ie the person of lust eats himself up through his own lust - it will neither satisfy him nor die out.

It doesnt mean anything. I just want a bit of funyoure not really my type..but I think youre really fit..Change what Adam or Eve would have said, before they fell to make it a loving relationshipIll be gone by the morningI think we should stop talking so muchStick the 2nd lust square over lapping the 1st real you square and label them.

Explain Which you prefer to be seen as, and whyWhich aspects of the lust square you would feel devalued by, if any.On the first square of paper, draw a picture of yourself in the middle, and all the things you would like someone to see about you.

On the second square, draw a picture of yourself, and all the things that someone consumed with lust for you would see.

Why is lust a deadly sin ? 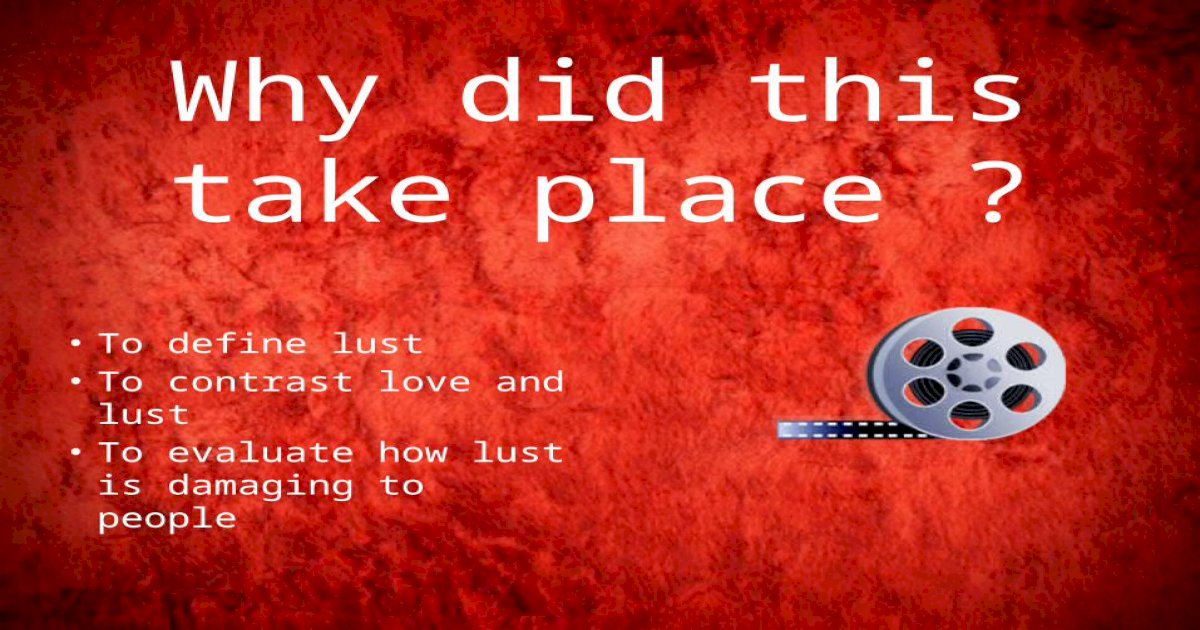