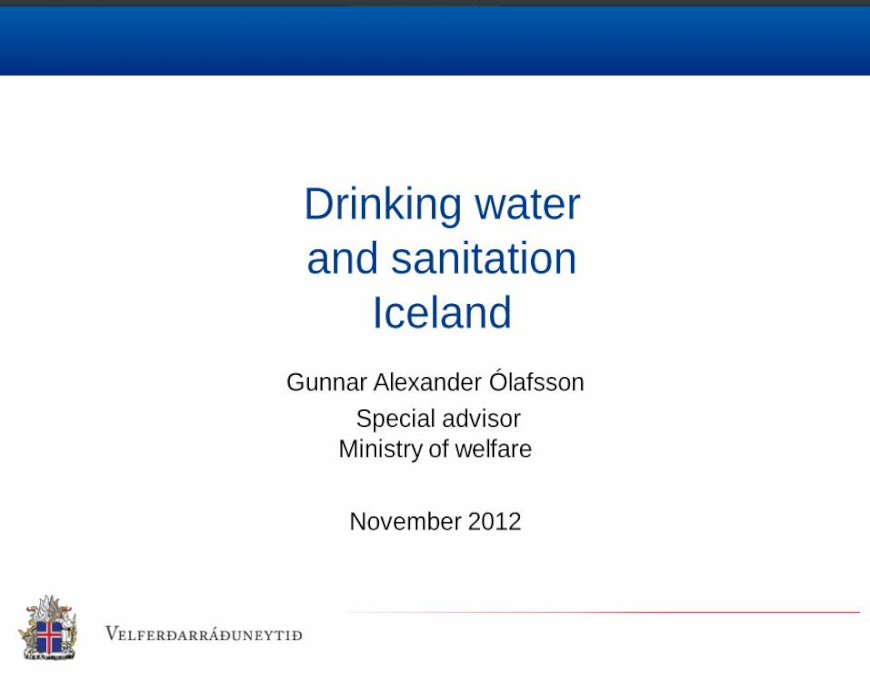 Disability in a High-Work Society Case of Iceland Stefán Ólafsson University of Iceland Plenum talk II, at the Conference The Capacity to Avoid Incapacity,

Iceland What do YOU know about Iceland? Þórleif Hjartardóttir University of Iceland

FINAL EVALUATION REPORT - Cabinet of Iceland ... The goal of the consultant’s assignment was to evaluate water and sanitation activities implemented in by ICEIDA in TA Nankumba in

· PDF file ESPN Thematic Report on Social Investment Iceland 9 crisis (Ólafsson 2012). Then it contracted again, reaching bottom in 2012, at a similar level to 2005. In 2013 it increased