3. 1.He was a major author of theDeclaration of Independence. 4. Thomas Jefferson! 5. 2.He was Commander of the Continental Army . 6. George Washington! 7. 3.He was theBritish general who surrendered at Yorktown . 8. Lord Cornwallis! 9. 4.He championed thecause of independence. 10. John Adams! 11. 5.He was anoutspoken member of House of Burgesses. He inspired colonial patriotism with Give me liberty or give me death speech. 12. Patrick Henry! 13. 6.He was a prominent memberof Continental Congress; he helped framethe Declaration of Independence. 14. Benjamin Franklin! 15. 7.He was a journalist andauthor ofCommon Sense. 16. Thomas Paine! 17. 8.She was a former slave who wrote poems and plays supporting American independence. 18. Phillis Wheatley! 19. 9.Patriot who made a daring rideto warn colonists of British arrival. 20. Paul Revere! 21. 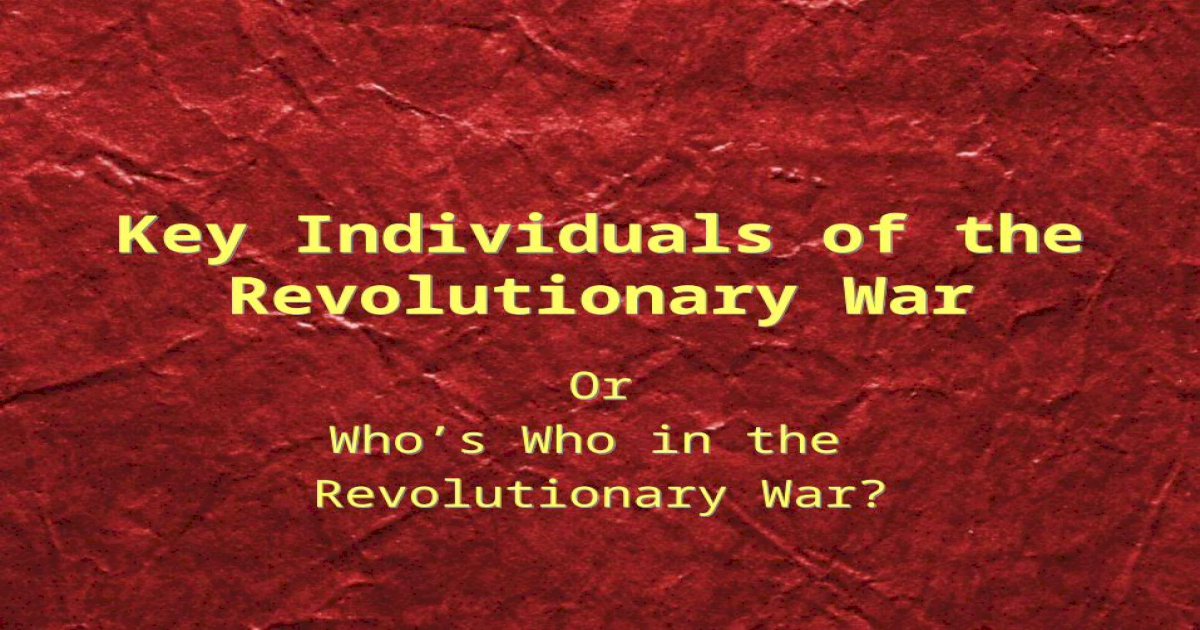